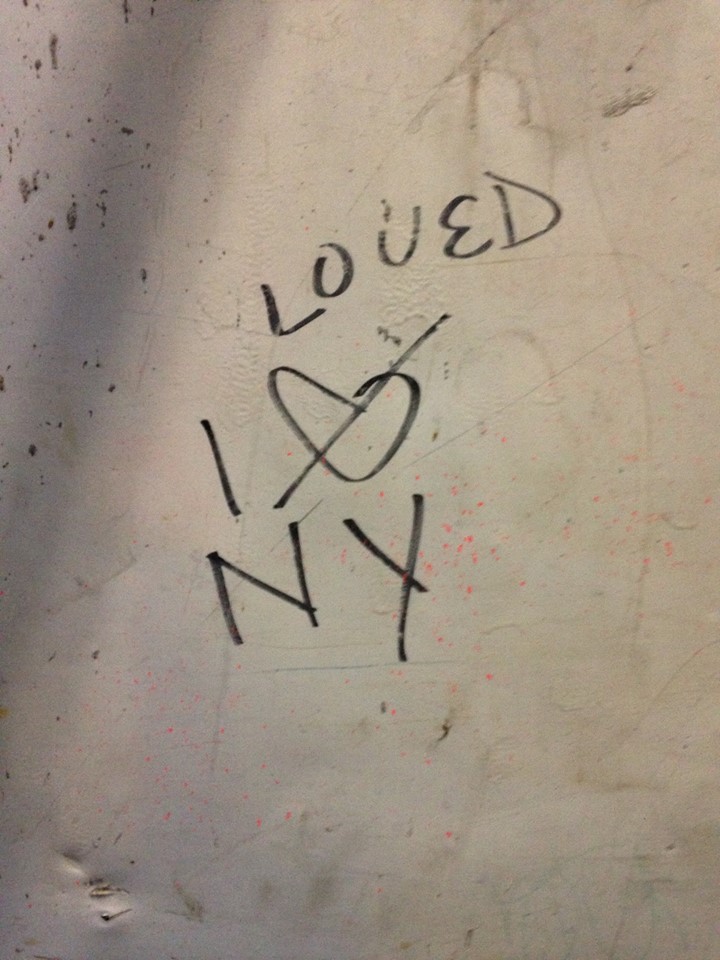 “The island of Manhattan is without any doubt the greatest human concentrate on earth, the poem whose magic is comprehensible to millions of permanent residents but whose full meaning will always remain elusive.”

“I don’t feel like there’s any hope in ever going against the tide. I believe you have to get on your surfboard and ride it.

I write this while abroad in Costa Rica, where I am far removed from New York and SoHo. When I return, any perspective I might have will vanish, obliterated by the frenetic energy and constant buzzing that is the backdrop of my hometown. It is only when I am away that I can sense its absence and that I can reflect upon my usual normal. My friend Lito, a Swiss-Frenchman by birth, bought some land and moved here over thirty years ago. He is accustomed to the lulling rhythms of “la pura vida,” the pure life, Costa Rica’s proud motto. When I arrived here, Lito asked me, “So how’s New York?” to which I answered, “It’s terrible! I feel as if they’ve taken it away from me! I’m so angry!” I was taken aback by my response. I did not know where those words came from. Who are “they” and what is “it”?  And what am I angry about? We native New Yorkers are a tough and proud breed. Whether we still live there or jumped ship for the quietude of any place that’s not New York, we all wear our New Yorkness as a badge of honor. Just as we all have our own SoHo stories, we have larger New York narratives in which they are ensconced. One cannot exist without the other. My New York story is an extension of my SoHo story.

Me and my sister playing on the loading dock in front of our building ca. 1977

SoHo was a wonderful and wondrous place to grow up. As children we were free to explore the neighborhood, jumping from loading dock to loading dock, and the city, riding in the front car of subways to watch the stations go by, getting a certain thrill when the CC train stopped inexplicably between stations and the lights went out, leaving us momentarily in complete darkness because the graffiti covered windows let in no light from the tracks.

I’ve always thought that I WAS living the pura vida. What could be more pura than New York? Where else in the world could such a diverse group of people live so closely packed together and make it more or less work, and thrive no less. Wherever in the world I go, when people find out I am from New York, they are in awe, as if I were a chosen one. I feel so cool. It would be smug, if I didn’t recognize that being a native New Yorker, and a SoHo native to boot, is not in any way a personal accomplishment, but merely a lucky circumstance not of my own making. So anyway, back to my anger. After I disclosed it to Lito, after I had voiced it, it was out there. It became a thing that existed. What, exactly, though, am I angry about?

Is it because, due to the ridonculousness of New York real estate, our fair city has become “the city of money,” according to Moby, a native New Yorker who left NYC for LA, who writes:

When I lived on 14th Street in the late 1980s, I paid $140 a month to share an apartment with a bunch of other odd and dysfunctional musicians and artists. AIDS, crack and a high murder rate kept most people away from New York back then. But even though it was a war zone, or perhaps to some extent because it was a war zone, Manhattan was still the cultural capital of the world. Of course everything's changed since. New York has, to state the obvious, become the city of money. People say your rent should be 30% of your salary; in Manhattan today, at least for many people, it feels like it hovers around 300%. (source)

Ironically, the only way I can afford to live in New York City at all is by living in SoHo. I live in the building where I grew up in the 1970’s and it is only because my family has been in SoHo since the early days that I am able live there now. I am certainly not complaining about my landed gentry status and feel extremely lucky to be in this situation when housing prices are so high throughout NYC. I am not sure if I would choose to live in SoHo, which is such a busy, noisy neighborhood so different from my childhood years, were I moving to the city today. Nevertheless, SoHo is my home and I love it there and am making it my life’s work to document its story.

Then is it because New York has turned into a “bastion of middle-class values,” as Jennifer Senior, who writes about parenting and childhood, calls it in New York Magazine?

The more affluent children have hours of structured activities, loads of supervision, ample schooling; they stick close to home. But this cloister we’ve developed for children is indeed just that: tall and high. Living here as a child is an increasingly rarefied experience, enjoyed mainly by those whose parents can afford it.

Unlike my daughter, when I was growing up I had almost no structured activities, little supervision, and received an excellent public school education without the stresses and competition that exists today. The city was my playground and SoHo children had more or less a level playing field with children in other neighborhoods when it came to the streets. My daughter, however, is not permitted to wander outside alone and therefore all of her activities are chaperoned and scheduled. She also goes to private school, albeit on financial aid, and I envy her after-school science and karate classes. So in this sense, not only are we are able to keep up with the Jones’, we have adopted the very middle-class values that come with the package.

So then is it about something more personal, about my identity and place in New York? Ada Calhoun, author of St. Marks is Dead, wrote an eloquent piece for The New York Times last year entitled, “My City was Gone. (or was it?)” (October 31, 2015) that had me almost in tears. In this article, she recounts the St. Marks Place of her youth in the 1990’s and concedes that her moment on her street has passed. “Who understands the soul of any place? Who deserves to be here? Who is the interloper and who the interloped-upon?” she writes. She then points out that St. Marks place has died so many times for so many people but still thrives and concludes that it is not (just) money that has taken her neighborhood from her.

… I think there’s more to these “the city is dead now” complaints than money. People have pronounced St. Marks Place dead many times over the past centuries — when it became poor, and then again when it became rich, and then again when it returned to being poor, and so on. My theory is that the neighborhood hasn’t stopped being cool because it’s too expensive now; it stops being cool for each generation the second we stop feeling cool there. Any claim to objectivity is clouded by one’s former glory.

Calhoun comes closest to defining the source of my anger. Although my life has many of the trappings of the new New York, the new SoHo—a loft worth exponentially more than what my parents paid for it, a daughter at a prestigious private school—it just doesn’t feel cool to me. I appreciate all of these things, but they do not change the fact that I am a product of another time. If this is so, then my anger is misdirected. I cannot blame SoHo or New York or the people who currently feel cool there for the fact that my city is gone. There is no “they” to point my finger at. My time has simply passed and now its someone else’s turn.

They say that the five stages of mourning, which can be experienced in any order, are: denial, bargaining, depression, anger, and acceptance. I’ve done denial by walking the streets and seeing SoHo the way I WANT to see it, not as it is. I’ve bargained by naming the forces that contributed to the transformation of SoHo—real estate developers, the media, the artists themselves who pioneered the area—implying that if any of these agents had been stopped, this would have turned out differently. I’m pretty sure I’ve been down the depression hole, and have pulled myself out by founding this project as a way to celebrate instead of wallow. And here I am, working out my anger as I write this. So where does that leave me? At acceptance. I created The SoHo Memory Project to be a neutral space in which everyone can celebrate our neighborhood’s past, present, and future, old-timers, newcomers, and visitors alike. And I am dedicated to maintaining it as such. Only by coming to terms with the fact that my city is truly gone and has been replaced by a new one, one in which I feel an outsider but in which my daughter will feel cool (until she doesn’t), can I say that New York, though mutable, is and always will be HERE.