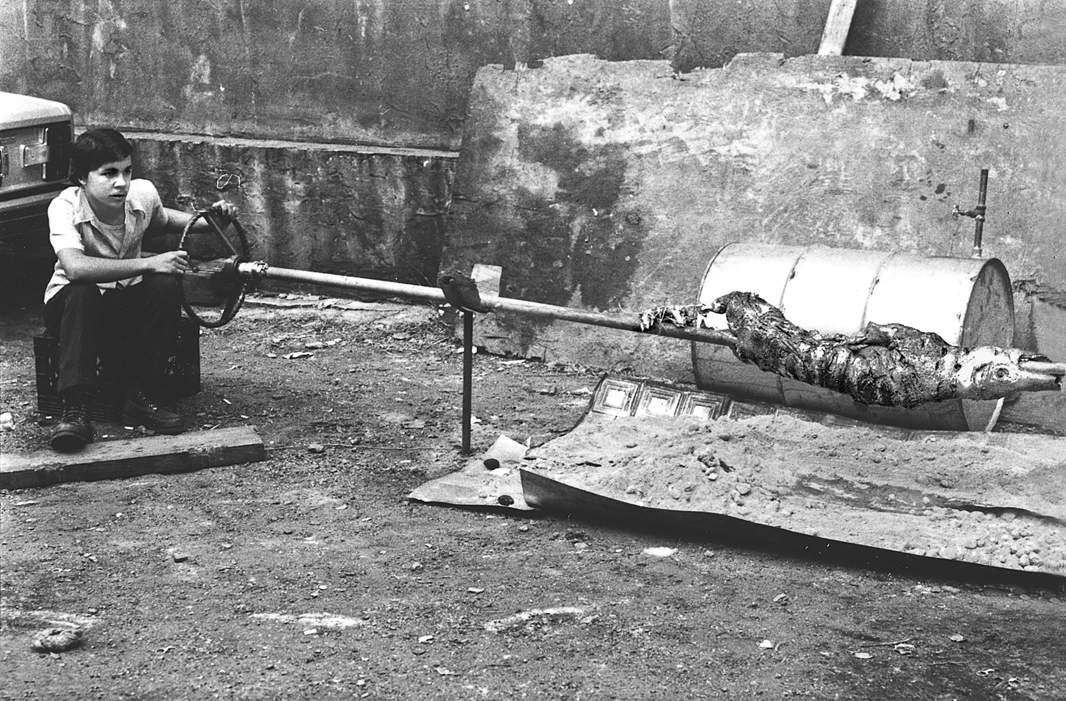 I ran into Juan, the guy who used to work at the bodega on West Broadway at Prince, when I was getting pizza the other day at Ben’s.  He said he remembered me, remembered my face as a little girl.  He pretty much looks exactly the same as he did over thirty years ago.  I thought Juan owned the bodega, but he said he just worked there (for 17 years!).  He still lives on West Broadway (for 41 years!) and works as a super in a few buildings in the neighborhood.  And he still doesn’t speak English all too well.   I told him I missed his bodega.

The bodega didn’t have a name, and it really didn’t need one.  Although there were a few bodegas in the area, everyone knew that you meant THAT bodega if you said you were going to stop in to “the bodega” to buy a few things.

I really do miss that bodega.  It was pre M&O, pre-Korean deli on Thompson Street.  It was the only show in town.  I used to catch the P.S.3 school bus there every morning, and in the afternoons there were card games on milk crates on the sidewalk. I once bought a box of instant oatmeal there.  I brought it home, “cooked” it up, and noticed hundreds of little bugs crawling around my bowl.  I think I might have already taken a bite or two.  After that, I wrote my first and only ever consumer complaint letter to Quaker Oats.  I think I was about nine or ten years old.  A few weeks later, I received letter of apology and a coupon for a free box of oatmeal, which I promptly redeemed—guess where?

I recently asked around to see what other folks remembered about the bodega.  The sinful steak sandwiches, the weed they sold behind the counter, and the barbecues.  They used to roast a whole pig in the parking lot next door.  Juan said he quite enjoyed those barbecues and that he would still do them if he could find a good lot.  He also told me that once a woman called the cops to complain about the pig (how ironic).  An officer showed up and asked when the pig would be done.  He returned at the designated hour with a loaf of bread and Juan made him two sandwiches.

So if any of yous want to relive the old days and happen to have a whole pig handy, let me know, and I’ll get ol’Juan on the horn.  FYI, this BBQ will be strictly BYOB (bring your own bread)!