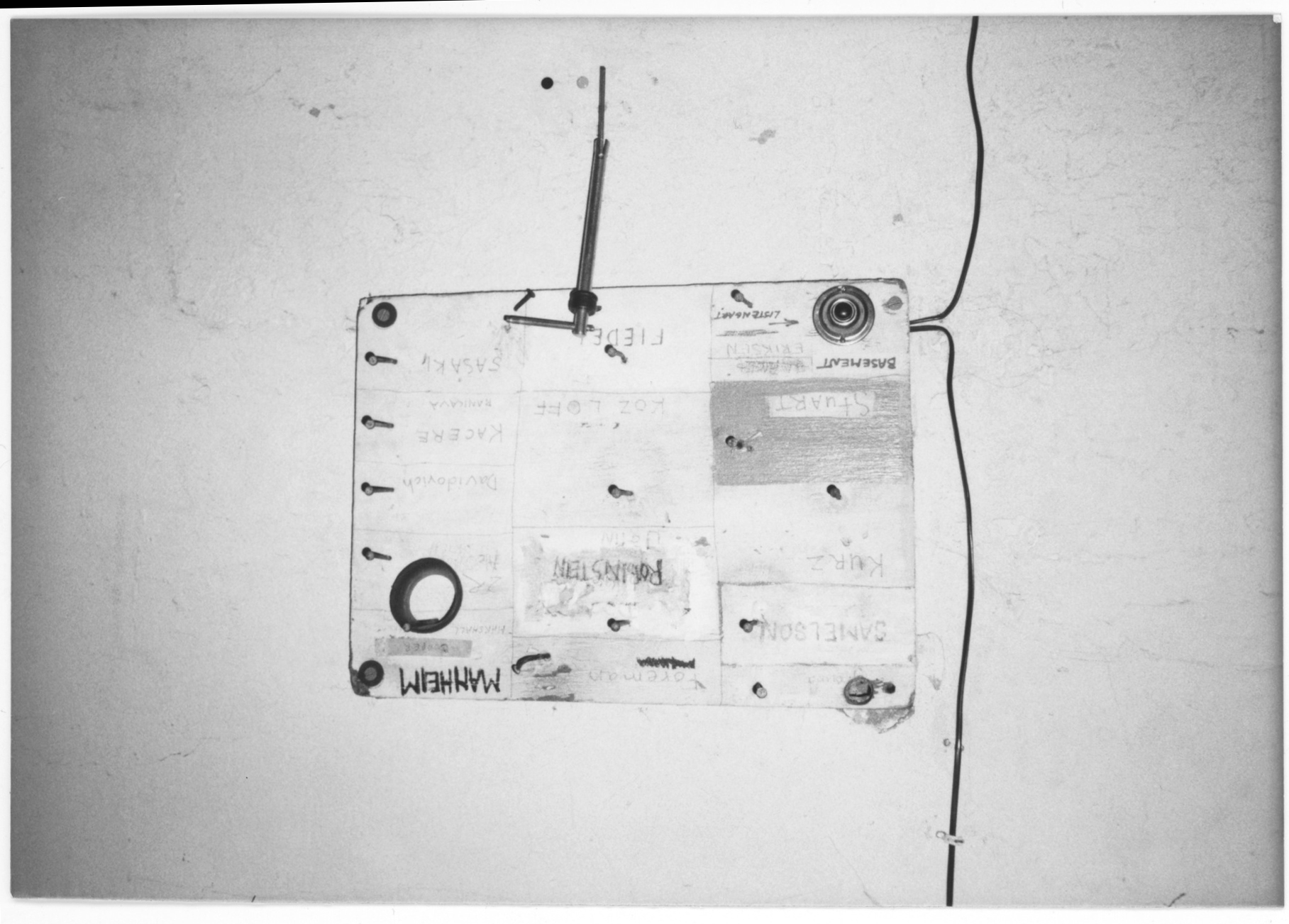 Here's my top ten list of quirky things about everyday life in SoHo in the 1970's (in no particular order):

1.  You did a lot of yelling.  Most people did not have doorbells, so you had to scream up to a loft to let someone know you were there (and they would then throw you a key in an old sock so you could open the door).

2.  You did a lot of climbing.  There was no need for Stairmasters in SoHo.  Many buildings had freight elevators, but often they were not on the ground floor when you came home, so you would end up walking up many many flights of stairs, and with fourteen-foot ceilings, that's a lot of climbing. 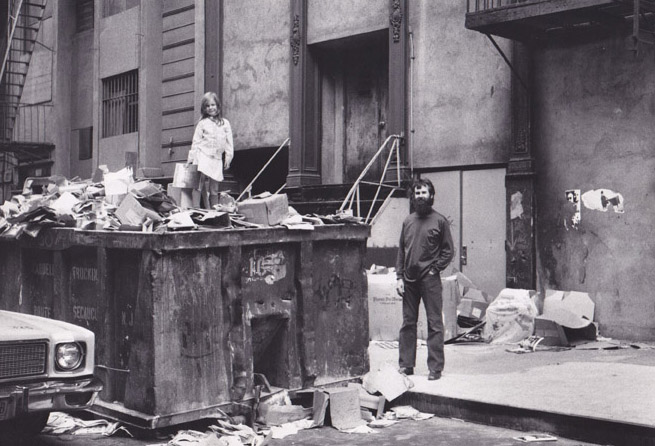 3.  You did a lot of schlepping.  Since there was often no regular trash pickup, you often had to drag your trash to the nearest place that did have pickup service, and you also found yourself dragging a lot of stuff home that you found in the trash that you could use either to furnish your home or use in your artwork.

4.  You did a lot of walking.  There were virtually no stores in SoHo so you had to walk pretty far to get the newspaper, groceries, or supplies.  No takeout, no delivery, except for the US Postal Service, and even that was sketchy at times.

6.  Your outerwear was not just for the outdoors.  Proper and consistent heat was certainly not a given.  Lofts were in commercial buildings where, even if it worked properly, the heat was on during business hours only and was turned off over the weekend, so one often had to wear an overcoat in the house to stay warm.

7.  You knew nobody would break down your door.  Most lofts had metal doors with police locks with a knob in the center of the door that, when turned, would push metal bars outward on both sides, creating an unpickable, un-crobarable, and maybe even unblastable seal.  But nobody back then had that much worth stealing anyway.

8.  You knew when your upstairs neighbor was having a midnight snack.  The floors in most of the loft buildings are hollow, so the sound of a person walking on the floor above you is distinctly audible especially at night when there is no ambient noise to mute it.  Without wall to wall carpeting, sound carries pretty far in these buildings.  You not only knew when Jack from upstairs went to get a beer from the fridge or was taking a shower, but also when his mother called and what his taste in music was.

9.  You actually knew your neighbors.  And they say New Yorkers are anonymous.  There were so few people living in SoHo back then that you pretty much knew everyone else who lived near you, if not by name, then at least by sight.  Often, especially on weekends, the streets would be deserted, so it was a treat to run into someone you knew.

10.  You had to give taxi drivers directions to your house.  Not that that many people in SoHo were taking taxis back in the day, but if you found yourself in a cab, the driver most likely did not know how to find the corner of Spring and Crosby.  SoHo was a no man's land requiring a compass for orienteering. Does anyone have anything to add?