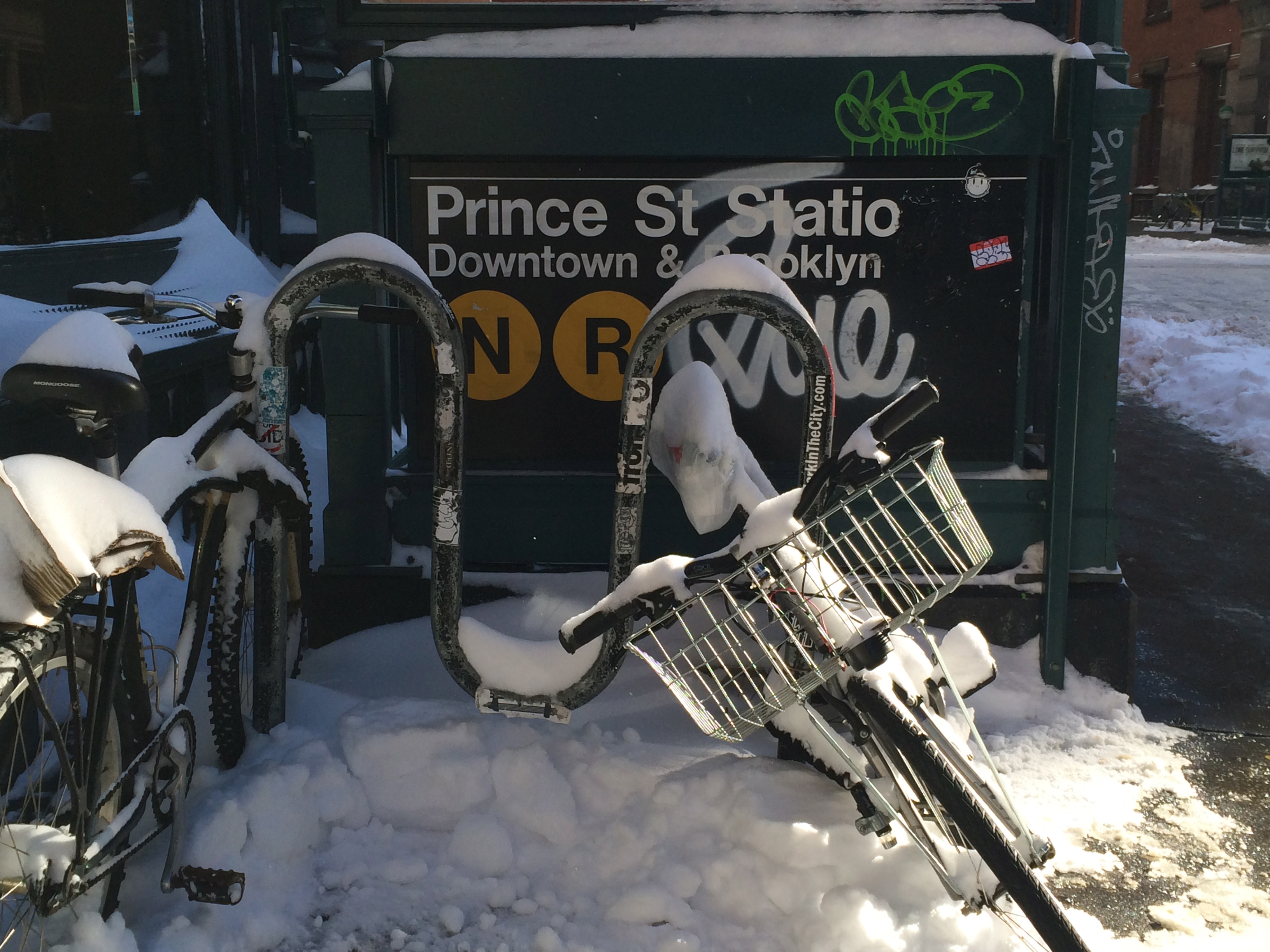 The Sunny Side of SoHo

Happy winter everyone.  Going into my third week at home with some awful cold-y flu-y thing that's been going around.  Been trying to think of something profound or at least marginally interesting to write about but nothing of note is coalescing as I stagger around in my semi-conscious Nyquil stupor.  I've thus decided to leave the profundity up to others for today and am bringing you some blasts from the past via other people's loci of foci.

First up, Sean at The SoHo Alliance recently sent me a link to this oh so groovy video "On the Sunny Side of the Street" by Pizzicato Five, shot almost entirely in SoHo.  Anyone care to guess when it was filmed?  It's pre-Mercer Hotel, there are shots of the Prince Street Station post office and the flea market on Canal and Greene.  Jerry's is still there as is the Prince Street Bar.  This video is from an era when I already thought SoHo had become something else, something akin to a shopping mall.  I had already thrown up my arms and said to myself, Oh, well!  At least now I can get dinner someplace other than Fanelli's.  I thought SoHo had already ARRIVED.  What an innocent time that was!

Next we have a short but sweet video from video artist Jaime Davidovich entitled, "Views of SoHo 1975."  Desolate streets with lots of trash, and a peek at the old Dean and Deluca.  Those were the days....

And last but certainly not least, we have Jim Stratton's "Homage a Anonymous Blocks: A Cinematic Ballet in Three Movements."  Using still photography and video, Stratton creates an homage to the streets of SoHo ca. 1971/2.  Enjoy!