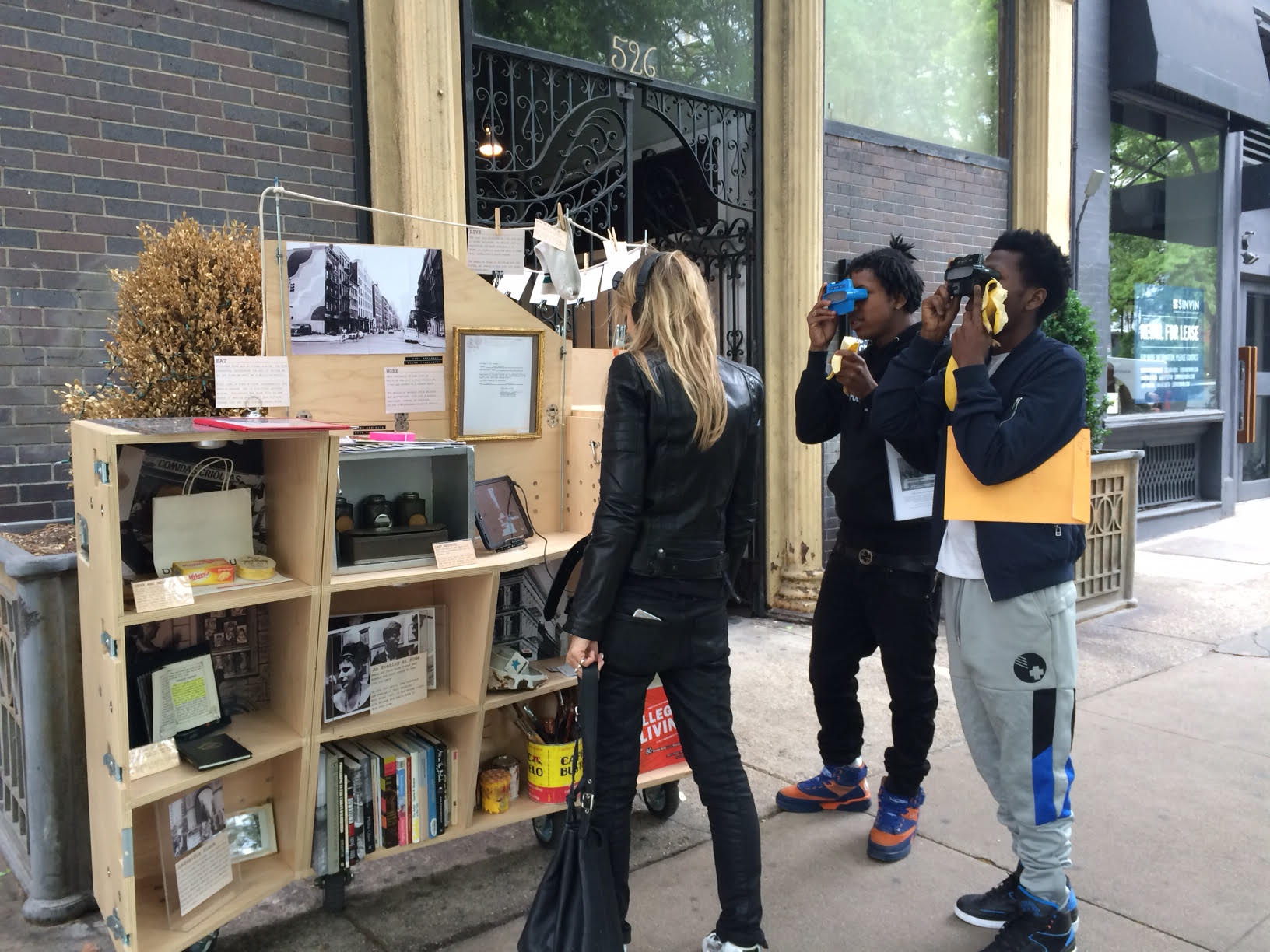 Another year gone with the wind. Can you believe that we have been preserving SoHo memories for six years, since January 1, 2011? They have flown by so quickly, and we have accomplished much, but there is still more to do!

Before embarking on year seven of The SoHo Memory Project, I would like to take a moment to reflect on highlights from this past year.

In 2016, we took the SMP Portable Historical Society out fifteen times to various venues around SoHo, including Judd Foundation, The Drawing Center, The New York Public Library, and Vesuvio Playground to name a few.

Great press and social media mentions stirred up much interest in our interactive exhibit and I was invited to speak about this project to staff, curators, and students from The Metropolitan Museum of Art, Sotheby’s, Princeton University, and NYU, among others. 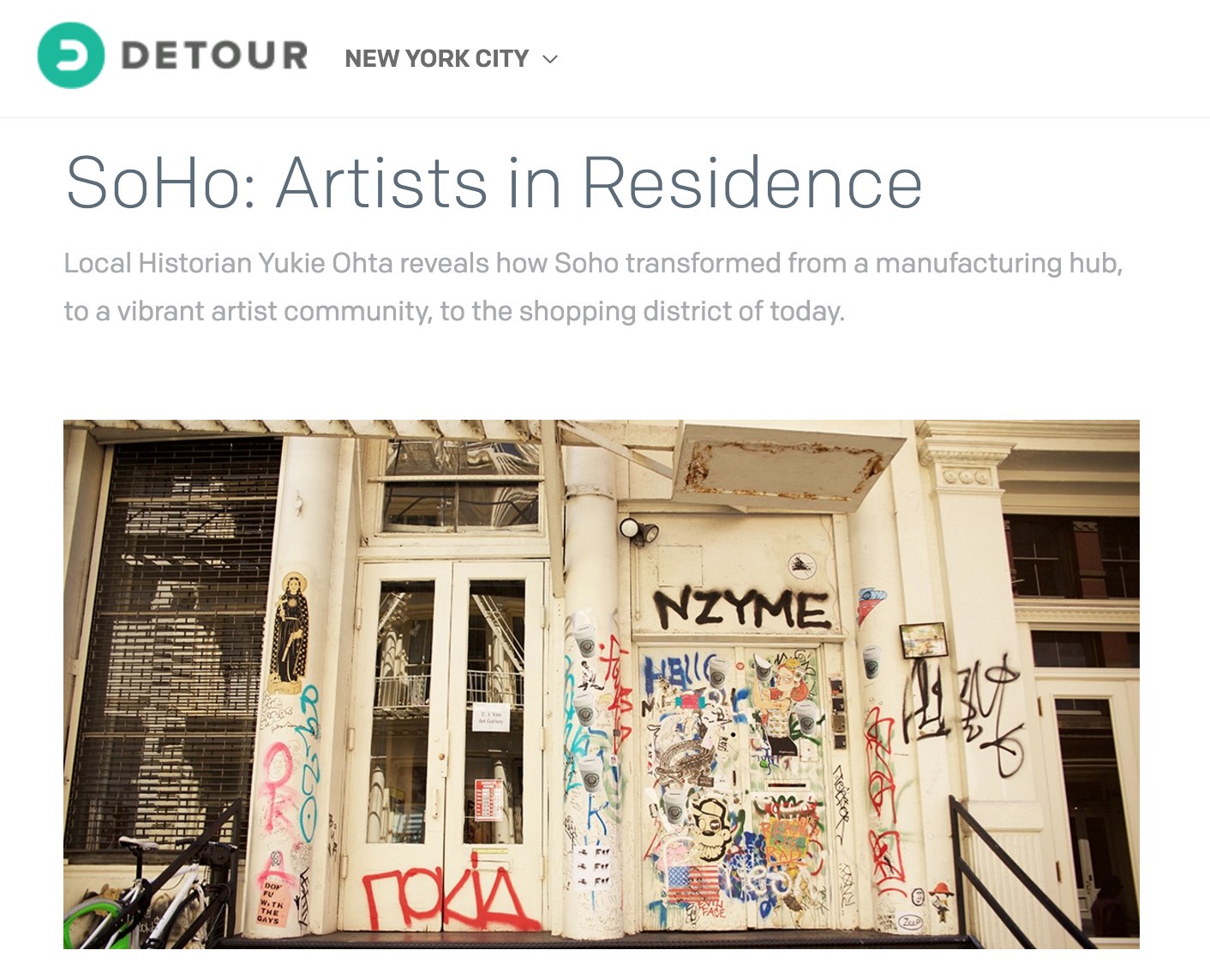 This fall, Detour came out with "SoHo: Artists in Residence"  a GPS triggered audio tour of SoHo that I narrate, and that also includes the voices of Roslyn Bernstein, Susan Brundage, Ken Hiratsuka, Brett Littman, Robert Morris, Barbara Rose, and Shael Shapiro. This one-hour tour takes you through the streets of SoHo while I point out little-known historical sites that are "hidden" in plain sight. I also tell personal anecdotes about what it was like to grow up in artists' SoHo.

All in all, SMP had a very successful, public-facing year. Thanks to all of you who came out to visit with us in 2016.

Looking ahead to 2017, I am pleased to announce that this January, I will launch a new digital initiative called The SoHo Memory Keeper, a (hi)storytelling nexus of resources related to SoHo (past and present, digital and analog) and a new digital model for preserving neighborhood history.

The Memory Keeper will be an immersive, interactive, digitally-based multi-media archive of resources on the artistic, cultural, social, political, urban history of the area that is now called SoHo, from colonial times through the present with a focus on the decades between 1960-1980, when SoHo was a thriving artists community.

In addition to presenting stories and first-person accounts, the Memory Keeper will provide access to a wide variety of source materials including photographs, maps, municipal documents, academic papers, newspaper and magazine articles, artist archives, oral histories, books, websites, film and video. It will also serve as a prototype for use in other neighborhoods to preserve local history in a flexible and universally accessible format.

I’ve already begun digitizing and cataloguing the SMP archive, and I have also brought on a great technical team who will be building the architecture of this new interactive archive that will eventually replace this one and will provide worldwide access to resources related to SoHo. A designer will be brought on board once all of the back-end stuff is finished to create a dynamic and delicious interface geared toward use by the general public.

I am in the process of applying for grants to help fund this initiative, but to make up the balance, I am appealing to you, the many friends of SMP, to consider making a year-end tax-deductible contribution to The SoHo Memory Project that will ensure that the Memory Keeper will not only present SoHo history as never seem before, but will become a template that other neighborhoods around New York City can use to create their own Memory Keepers. An ambitious goal, but certainly achievable with your help!

Thank you for a wonderful year and I look forward to seeing you all in 2017!