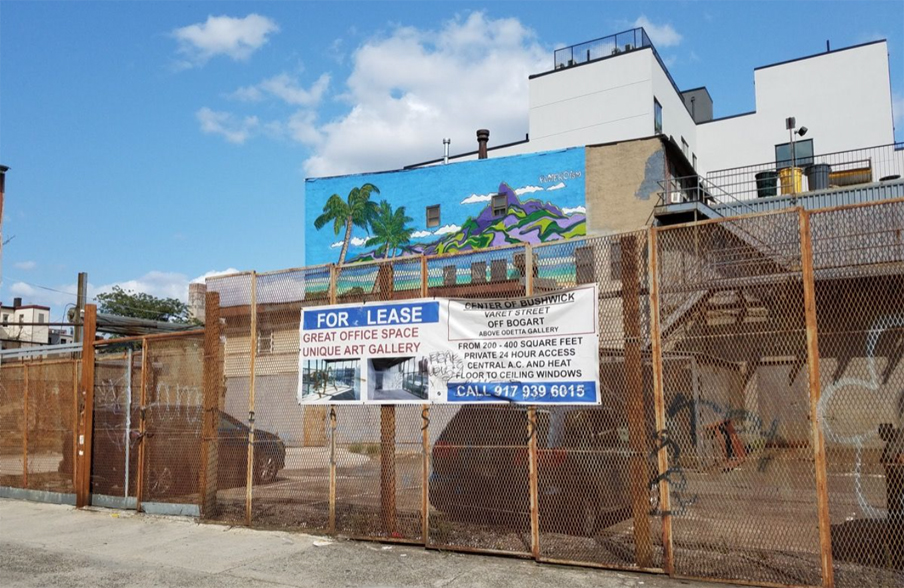 SoHo as Concept
Bushwick Avenue in Brooklyn (via artsy.net)

SoHo boasts some of the most expensive real estate in New York City, which, in turn, is one of the most expensive cities in the world in which to live.  In my last post (Peanut Butter and Matchsticks, September 8, 2012), I outlined the definition of an “artist” that the New York City loft board used to enforce JLWQ, a law that was meant to keep fine artists in affordable spaces in SoHo and to keep others, including commercial artists who could afford market rents, out.

We all know that this plan went terribly awry soon after it was passed.  Rents and property values skyrocketed and most of the artists who made SoHo a desirable neighborhood were forced out of their homes.  This came about not by one evil oppressing agent, but by many factors too numerous to list here.  But suffice it to say, for the purposes of this post, that this phenomenon, wherein artists who make a neighborhood hip and trendy must move out because they can no longer afford to live in the area they helped make desirable, has been dubbed the “SoHo Effect.”

Over the past thirty or so years, the "SoHo Effect" has become an urban planning term, one that has pretty much replaced “urban renewal” in many instances where cities bring artists’ studios and housing into depressed areas with the hope that they will bring about change (a.k.a. wealth).  In the Station North area of Baltimore, tax and other incentives were offered to develop the once depressed arts neighborhood.  What ended up happening was that many of the artists already there could not afford to take advantage of the incentives because they required a certain income to qualify for sales tax breaks and short time frames for renovations that required a lot of cash up front. There were also hopes, at least at one time, that Detroit could attract artists to live and work in what many dubbed a “dying city.”  Some suggested trying to stimulate a SoHo Effect in Cleveland’s old warehouse and industrial areas.  Planners and developers saw what happened in SoHo and their eyes lit up, cha-ching!

How do we keep this from becoming a never-ending cycle of gentrification and displacement that started here now so many years ago?  They might have found the answer in Minneapolis.  In 1979, the city of Minneapolis’ arts commission founded Artspace, an organization that helped artists find affordable live and work spaces.  What ended up happening was that the same artists kept coming back for help, having been priced out of their former spaces by the SoHo Effect.  So, Artspace came up with a way to end this cycle—to give artists control of the buildings where they lived and worked:

The Twin Cities-based organization has pioneered what sounds like the ultimate niche idea: It’s a nonprofit real estate developer for artists. Its flagship project, the Northern Warehouse in the Lowertown district of St. Paul, Minnesota, has been housing artists for more than 20 years in the heart of a neighborhood that’s undergone vast transformation. Today, as widespread civic enthusiasm for “creative” projects has begun to spawn skepticism, the Northern Warehouse may be one of the clearest case studies of the role of artists in rejuvenating decayed neighborhoods—and sticking around afterward. (source)

Has Artspace found a way around what many have intimated is the inevitable trajectory of artists’ neighborhoods?  Will artists stop being used as bait, ultimately becoming victims of their own success and hard work?  It looks promising, but it still remains to be seen if the SoHo Effect has found a counterpoint in the Artspace Effect.  Fingers crossed.