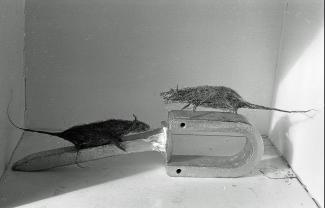 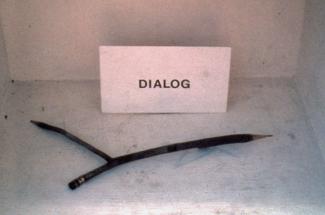 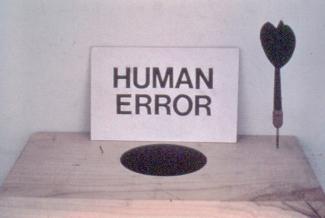 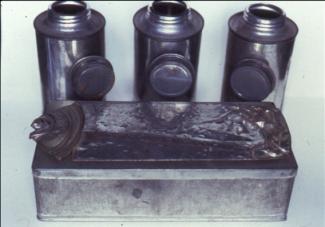 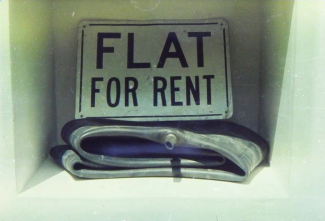 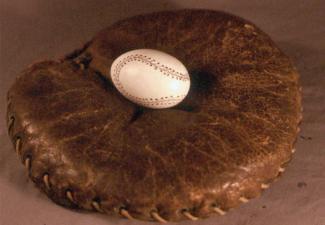 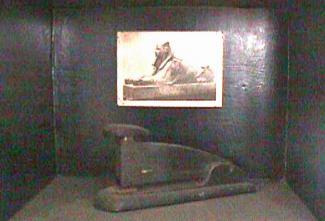 A few years ago, a guy named Rick wrote to me about the years he spent living in SoHo. About how he had a storefront gallery on Grand Street, about the time he saved the cross from the roof of the partially demolished St. Alphonsus Church on West Broadway, about all of the assemblages he made with objects found on the street. It was only later that I realized that this Rick was the same Rick who was the artist of MTV's Beavis and Butt-Head Comic Book. It turned out that he had not only once been my neighbor, he had also been a contributor to my pop culture landscape growing up.

The following is my interview with Rick about his SoHo days and about what he’s been up to since. What I find so compelling about his story is that, like so many other stories of people who came to SoHo to make art and then moved on to make a living and raise a family doing something else, it is the time he spent as a poor, struggling artist in SoHo that he looks back upon most fondly, no matter how successful he was making a living elsewhere.

How did you find your way to SoHo and when?  Why did you decide to settle there?

When I was in graduate school at Pratt Institute in Brooklyn in 73-75, artists friends were talking about getting lofts in SoHo for live/work. It was affordable then.

Where did you come from?

What did/do you do?  Please describe your artwork in the 1970’s.

In July of 1975 when I moved from Brooklyn to 46 Grand Street, I quickly realized I had a great location for showing my work to passersby and began doing what I called “assemblage” artworks comprised of assorted found objects and exhibited these in the window of my storefront. By 1978, my dog, Homer, started to bark from inside my place on the other side of the frosted glass door at people who began to stop to look at my “exhibit.” My place, and the small window display, gradually became known as “The Barking Dog Museum.” I continued to display hundreds of my assemblage in this small window installation at street level from 1975-1987.

Please describe the Barking Dog Museum and how it operated.

I found an old wooden milk crate, cut pieces of sheetrock to line the interior and painted the inside white. I turned the opening around to face outward through the glass window, cut a small hole in the top and sat a small lamp on top so that it was illuminated at night. The streets were still dark in those days. People could easily see it as they walked by on the sidewalk or stop and step up one or two steps to take a closer look.

What do you remember most about everyday life in SoHo in the 70's and 80s?

Lots of artists/performers/creative people occupying the neighborhood and scurrying though the streets. A sense of excitement in the air.

What SoHo places did you frequent (stores, restaurants, bars, etc.)?

Did you feel you were part of a community?  If so, please describe the community.

Yes, there were tons of open, friendly artists mixed in with long-time Italian, Portugese and German locals who were all very welcoming and gave a sense of history to the area. I became friends with one man in particular, who spent nearly 100 years in the vicinity of Grand and Thompson. He had been a newsboy at the turn of the century when the Sixth Ave El stopped at Grand and West Broadway. He told me some great stories about about when Teddy Roosevelt, who was police commissioner at the time, used to frequent the area to visit his friend who had a drugstore on the northeast corner of Thompson and Grand.

Are you part of a community where you live now?

Not so much. I work at home in my studio. However, Portland, Maine does have a lot going on, and is only ten minutes from here.

Is it like the community you found in SoHo?

Every place is unique!

What do you miss most about SoHo?

Being 27 years old and paying $133.00 a month rent in New York City and that sense of the new, the unknown and possibilities. A neighborhood teeming with creative people with hopes and dreams and ambition......also, drinking a beer on the steps with my dog and a friend. Maybe two beers.....

What do you miss least about SoHo?

I think the character of the neighborhood gradually changed when the lawyers and more affluent people started to move into the lofts, displacing the artists and eventually the area became a bar/restaurant/shopping/tourist destination.

What did you do after you left SoHo?

After moving to 28th Street in 1990 to be closer to my employer, Marvel Comics, I became more and more involved in comic art. In the last three decades, I was the artist of MTV's Beavis and Butt-Head Comic Book (1994-96), I wrote and drew a comic strip, "The Bossmen" about the people who ran Marvel Comics. I drew the introductory pages of the remake of Tales From The Crypt Comic Book, illustrated original stories by Harvey Pekar (American Splendor) for the web. I drew two graphic novels, The Road To Hell by the late Dwayne McDuffie and Matt S. Wayne, and Deadboy (by me), as well as six graphic novel parodies of Diary of a Wimpy Kid, Harry Potter, Twilight, Percy Jackson, The Hunger Games and The Walking Dead.

About five years ago, my wife and I moved to Maine from New Jersey and I started writing a blog about my childhood (1946-1966), getting drafted into the army during the Vietnam War (1966-69), and lastly, my quest for fame and fortune as an artist in New York (1973-1997). A couple of years ago I also began adapting the military stories (1966-69) into a graphic novel, tentatively called Drafted and I am looking for a publisher.