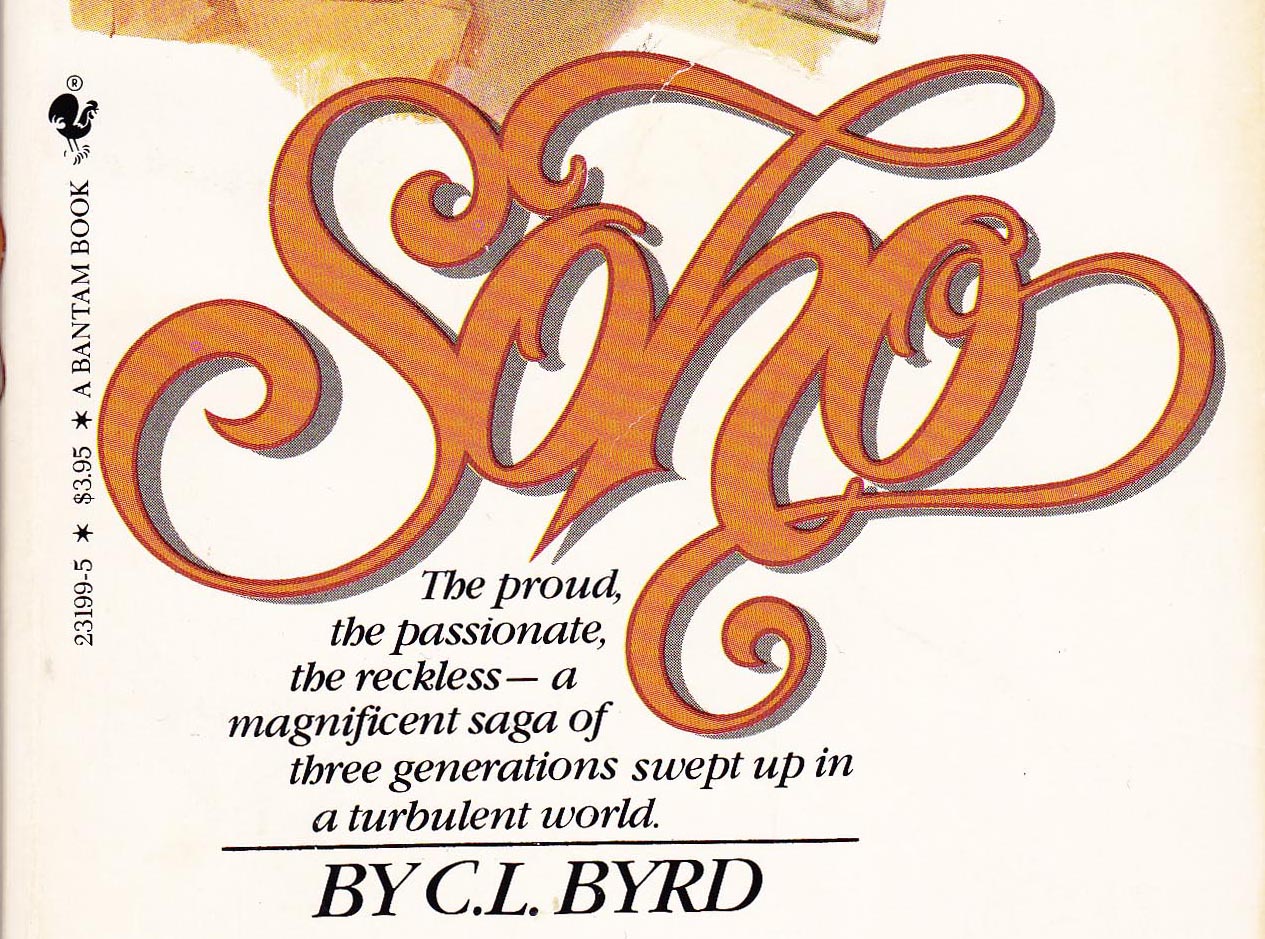 The cover of SoHo, a novel by C.L. Byrd

Last summer, while preparing to launch this blog, I read a novel by C.L. Byrd called Soho.  I thought I might write about it now as the 2011 summer reading season is getting started.

Judging from the cover art, Soho was probably meant to appeal to readers in search of a good soap opera-style story, and it certainly delivers on that front.  It is a saga about an immigrant family whose rise to power parallels SoHo's rise to prominence as a center of art and commerce.  The blurb on the back reads, "From Lower East Side merchants to high-powered international art brokers, three generations struggle for love, wealth and fame in thrilling...SOHO."

Basically, Soho is about a bunch of good-looking, ambitious, passionate, people striving for success in twentieth-century New York.  The story is pretty mundane and  bit stilted, but the novel's landscape is actually quite interesting and well researched.  The details about early loft living and atmospheric descriptions of street scenes are astute and accurate.

The following is an excerpt from Soho, also cited by Richard Kostelanetz in his book, SoHo: The Rise and Fall of an Artists' Colony, that is a particularly evocative passage describing Canal Street in the 1960's:

Annie walked with Camille to the subway entrance, then strolled west on Canal Street, drawn by the activity on the sidewalks.  What she discovered, to her delight, was that a number of stores had, in effect, burst and spilled out into the street, so that their wares were displayed in irregularly ascending rows of trays and boxes—some resting on trestles,  some on other boxes—in the way that fruit and vegetables were arranged outside an old-fashioned greengrocers.  In front of one store were containers of vacuum tubes, condensers, transformers, loudspeaker cones—everything the radio or hi-fi enthusiast could require—the price of each item boldly stated on a hand-lettered card.  Another shop offered plumbing supplies—mundane objects that became exotic isolated out here on the street—and a third displayed sneakers, sandals, and several kinds of work boots, all crowded onto a kind of miniature bleachers.  A cascade of legal pads, ledgers, typewriter ribbons, old calendars, pencil sharpeners, ink pads, and desk lamps overflowed from an office supply company.  Nearby were rolls of garden hose, brass rods, hacksaw blades, nuts and bolts, hatchets, frying pans bathroom cabinets, casters, door handles, toilet paper holders—the contents of a hardware store that had been turned inside out—and next to that a cluttered assemblage of electric motors in all sizes and shapes. (from SoHo, by C.L. Byrd, pages 129-130)

This passage describes all that I found so interesting as a child walking down Canal Street with my father to buy supplies for one of his construction jobs and lovingly portrays a street that was at once chaotic and orderly in its own way.  The "about the author" note says that C.L. Byrd is the pseudonym of two writers closely involved with the New York art world, and that seems plausible to me.

The most interesting aspect of this novel, however, is that it provides a glimpse into how outsiders, the suburban housewife or midwestern banker, would perceive SoHo if novels such as this one were their primary information source.  Although it is pretty accurate in its descriptions of everyday life in SoHo, it still paints a somewhat glossy and  romantic idea of what it was like to be a pioneer in loft living.  I guess the equivalent for me would be my perception of Dallas in the 1980's being based on the trials and tribulations of JR and his posse.  The money, the power, the women.  I mean, quel drama!  By the way, does anyone remember, in the end, who actually shot JR?