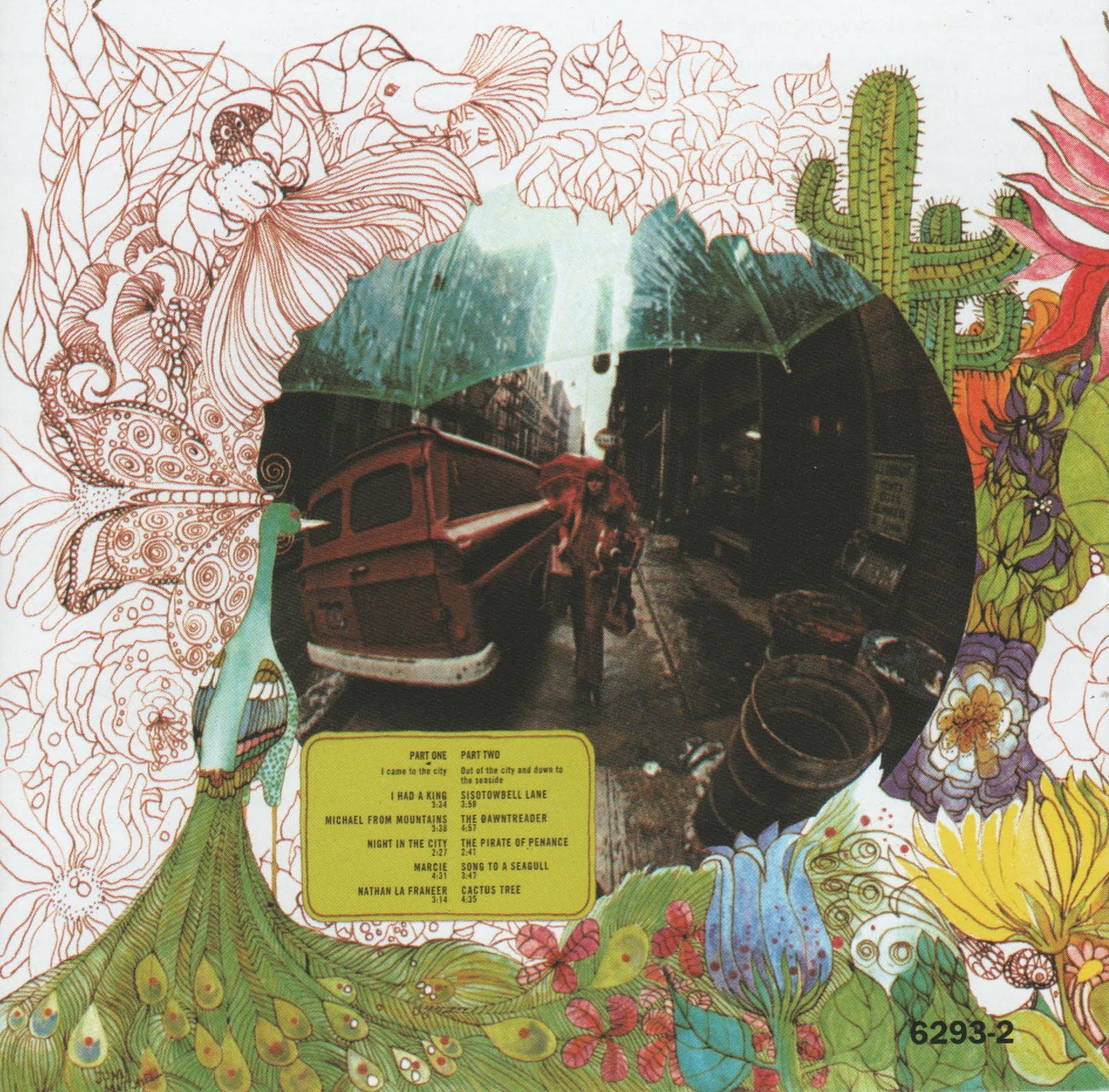 A friend recently emailed me an image of the back of the cover of Joni Mitchell's 1968 album Song to a Seagull because the photo was taken on my block, outside 169 Mercer Street between Houston Street and Prince Street looking south, and it has my building in the background. I got a kick out of it and then started to wonder if there were other recording artists who used SoHo as a backdrop for their cover shots.  Turns out, there were a bunch.  Here are a few others that found SoHo cool enough to pose themselves on its streets.

Paul Simon Still Crazy After All These Years  (Columbia Records 1975)

This is Paul Simon standing on the fire escape of a loft on Crosby Street near Howard on the cover of his 1975 Still Crazy After All These Years. (Read more about about this cover art and location here)

This is the Ramones standing outside the back door of CBGB'S at the end of Extra Place, a small alley running north from East 1st Street between Bowery and Second Avenue.  (Read more about this album cover here.)

In this photo, part of the DGC CD insert of Daydream Nation, Sonic Youth stands on the northwest corner of Crosby Street and Howard Street.  (Read more about this album cover  here.)

This one isn't actually an album cover, though, according to Bob Egan of Pop Shots, " This photo session also resulted in the small photo of Bruce inside the postage stamp that's on the back cover of Greetings from Asbury Park."  I just found it surprising to see Bruce Springsteen standing on the corner of Wooster and Spring Streets.  Not the first person you think of when you think "Old SoHo."

An Innocent Man, in context

This one was a surprise.  Growing up on Mercer Street, I owned and often played Billy Joel's 1983 An Innocent Man.  Looking at the jacket photo, I had no idea that he was sitting on my block (this block seems to be a popular photo shoot location!), on the steps of 142 Mercer Street at Prince, at what is now the Prada Store.  (Read more about this album cover here.)

MerI have nothing clever or insightful to say about these album covers.  I just think they're kinda neat.  I also take no credit for uncovering any of the information contained in this post.  I credit the meticulous Bob Egan of Pop Shots (www.popshotsnyc.com)  for his research and in-depth posts on New York City album art.  Make sure to visit his great site to see more album cover venues uncovered in detail!  And I take inspiration from my comrade, Alex, at Flaming Pablum (http://vassifer.blogs.com/), whose wit mixed with bittersweet nostalgia for vanishing downtown, especially the vanishing downtown music scene, has made me long wistfully for years past.