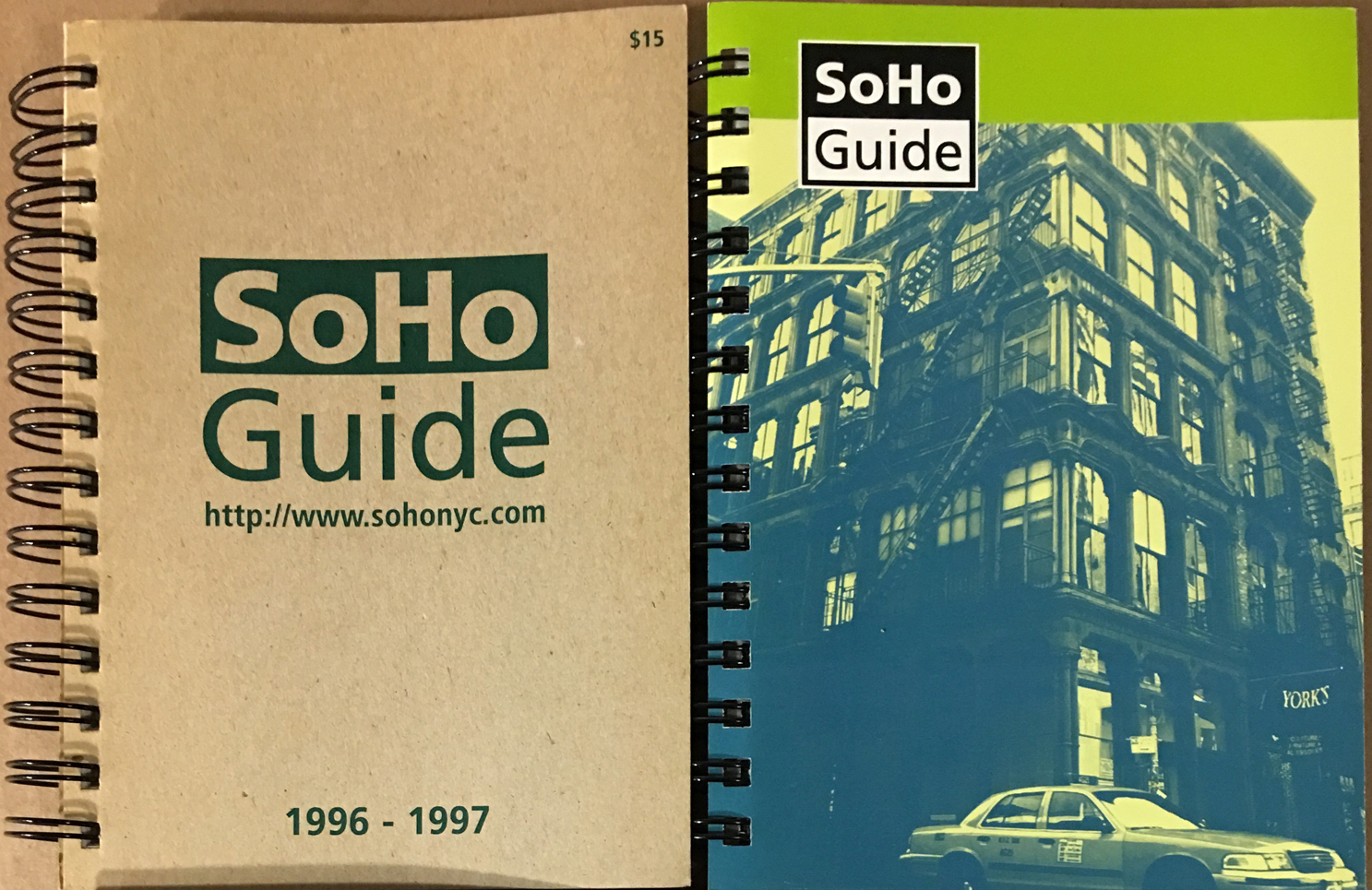 As we enter year eight of The SoHo Memory Project, I thought we would revisit some of the many businesses that have come and gone from our community. This image gallery features a selection of advertisements placed in issues of the annual SoHo Guide, published by the SoHo Partnership. All of these advertisements date back to the mid-1990s.

The SoHo Partnership, founded by Henry Buhl, provided street cleaning services in SoHo from 1992 to 2016 and was the first collaboration between a community and a human services organization in New York City with the primary goal of providing job opportunities for the homeless. They also published an annual SoHo Guide, a handsome, spiral-bound book that contained listings for local businesses, as well as advertisements. More on the SoHo Partnership next month, but for now, take a look back at some of the businesses that made SoHo the shopping and dining neighborhood it is today.