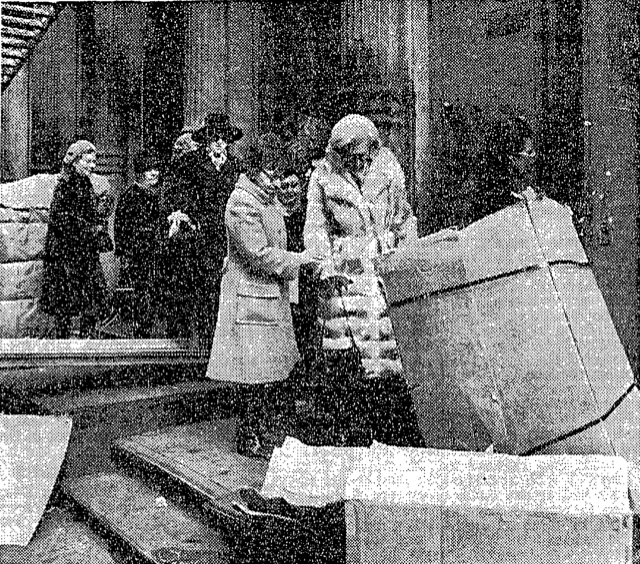 I was recently reading the entry on "slumming" in the 1884 edition of Appletons' Dictionary of New York, which reads, "Slumming is the name applied to the practice of wealthy parties taking a guide, usually a detective, and going around among the slums of the metropolis, simply out of curiosity."

Since early days, slumming has been a popular pastime for a certain set of New Yorkers.  In the nineteenth century, the well-to-do uptowners had to go downtown to visit Water Street "dives" or the "river gangs."  In the Prohibition era, well-to-do downtowners took slumming tours of Harlem.  And then once again, the direction of the current reversed when Upper East Side ladies who lunch paid cold hard cash to come downtown for "An Afternoon in SoHo," a bus tour that took ticketholders to two real-life artist studios and a genuine bohemian art gallery.

...many of the women seemed dressed for Broadway or a visit to uptown galleries.  They wore hats and tiny veils and although a few had come in pants suits, most wore minks, tiger and seal fur coats.  But the building was not a theater—although a slide show and lecture awaited them in the cooperative studio-home of Robert Wiegand on an upper floor.

One woman had come from as far away as Andover, MA to attends the tour.  You would think that they had come to see something as unusual as the skeleton of a Martian, the way they ogled their surroundings.  The wide open space, the mismatched furniture, the home-made plumbing.  All fascinating to those whose impeccably and professionally decorated doorman apartments awaited them uptown.

I understand this compulsion to see how other people live, but the idea of "slumming" goes farther than that.  It is to taste "danger" while comfortably shielded by an intermediary whose presence is a constant assurance that your presence in this foreign environment is temporary and that you will be whisked back to the comfort of your home, far away, by bedtime.  This kind of voyeurism is akin to going to the zoo to see caged animals going about their daily lives while you watch from behind a barrier.

I was a bit embarrassed (for the tourists as well as the main attractions) and more than a bit amused reading Rief's article about this unorthodox "house tour."  It speaks to just how exotic SoHo culture seemed to those outside it.  But like jazz, it has become of the orthodoxy, so much so that it is now SoHo residents who are queuing up to get on buses to go back uptown, this time WAY uptown, to the South Bronx, to visit the birthplace of hip hop on a tour led by a genuine hip hop celebrity.

The Cotton Club on 147th Street and Lenox Avenue, where whites would go to "slum"

Bandits Roost, a New York City slum in the 1890s