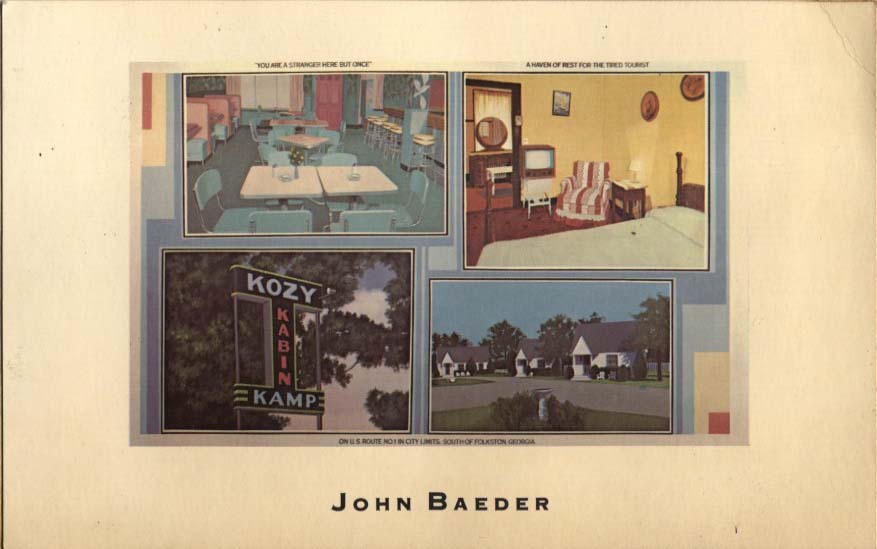 The tagline for this blog is "shaping our collective memory one post at a time." Which is to say that, although we have been remembering SoHo's past together, these remembrances have been (with a few exceptions) through my own posts, via my voice.

I am therefore pleased to present a new perspective today, a real treat! The following is an excerpt from Hell’s Kitchen and Couture Dreams, an impressionistic memoir-in-progress/archival scrapbook by Sharon Watts of her art student years in NYC, 1971-1974. Here, we follow Watts on her remembered meanderings around SoHo, Chinatown, Little Italy, and The World Trade Center. These vivid descriptions of the downtown New York art scene of the early-1970's, as seen through the eyes of a young transplant from Pennsylvania, are illustrated with pieces of ephemera from her scrapbook and offer us a backward glance at a New York long gone but not forgotten.

Please feel free to share your own memories of coming to SoHo for the first time, whenever that was, in the comments box below. I would love to hear from you and to add your story to this growing collection!

From Hell’s Kitchen and Couture Dreams by Sharon Watts:

Periodically during that summer of 1972, visitors showed up on our Bleecker Street doorstep. Into town trooped our just-past-the-cusp hippie generation, armed with backpacks and incense, en route to Transcendental Meditation seminars in a nondescript hotel on West 44th Street, or Woodstock-spawned outdoor music festivals, further upstate. High school friends would come and flop for a few days, and out of the confines of our provincial background we explored who we were now and where we were heading. Turntables wore thin the Chicago Transit Authority’s hit single, “Does Anybody Really Know What Time It Is?”, befitting our metaphysical musings over cheap Almaden rosé and tokes of weed. It was as close to a communal lifestyle as I was prepared to get.

SoHo was definitely on the itinerary for our impromptu walkabouts, a convenient way to experience the fact that we were not in the ’burbs of Central PA anymore. Cheap, often illegal housing and vast, open floor space with uninterrupted natural light lured artists to the waning industrial neighborhood in the late ’60s and early ’70s. The new moniker stood for “south of Houston,” a street that I had quickly learned not to pronounce like a tourist. Other than Fanelli’s Bar, a former speakeasy lined with boxing photos from the 1920s yellowed from time and cigar smoke, there were few businesses to serve the fledgling community. And so, Food was born: a cafeteria-style healthy-wholesome restaurant on the corner of Prince and Wooster that was managed and owned by neighborhood artists. Brewer’s yeast, carob powder, buckwheat groats, and lentil loaf entered the lexicon of the New Age culture, as well as our Bleecker Street pantry. I might have sat obliviously slurping split pea soup shoulder to shoulder with Chuck Close, the photorealist portrait artist, or some future famous Minimalist, but I was unfamiliar with the current art scene’s protagonists. No one was recognizable except to each other, and everyone had long hair and was democratically covered with splatters of paint.

Below Houston Street, you never knew what you’d encounter that you had never seen before.

A letter to a high school friend:

I hit the downtown art galleries today--went in one & immediately got offered a joint. In another some old man with whiskers on his nose came up, hugged & kissed me, & squeezed my cheek asking how I got so beautiful without using “cosmetics.” What a farce--I felt like the fattest, ugliest blob alive. You’ll have to come and see the galleries, they’re a 10 min. walk away & some of them are really weird. Like walking down West Broadway I see an inflated red volkswagon “parked” in front of the O.K. Harris gallery. Inside there was a Mack truck, a sports car, & a tractor--all inflated but made out of weird, bumpy mushy plastic with flat tires. I just wanted to run & jump on them.

In another gallery, Duane Hanson’s life-size hyperrealistic sculptures of the average American, overweight and touristy-garish, forgettable in real life, unforgettable here in resin, fiberglass, and fabric.

Acconci, Hanson, and so many others were staking claim on that fertile patch of real estate in lower Manhattan, pushing boundaries in the minds of critics and the public alike. Photorealist John Baeder’s diner paintings charmed me; the seeds of nostalgia were already embedded, and the subject matter connected me to my roots. Growing up, we always drove by a tiny chrome eatery in Lemoyne, just before crossing the bridge into Harrisburg on the way to church. But I wasn’t drawn to any one specific artist or trend. The idea that it all was perking and popping and bubbling onto the stovetop of a city grid just a few blocks away was exciting enough. I felt like a cultural scout, first discovering it on my own, then being a tour guide for my friends.

After the gallery trawl, we’d walk the short distance further east and south to Chinatown, its pagoda-topped telephone booth on Canal Street a surefire Instamatic photo op. Averting my eyes from the roast ducks hanging in restaurant windows, I instead focused on exotic trinkets spilling out of storefronts and onto the sidewalk. President Nixon had just visited China a few months earlier, opening up trade for the first time since the People’s Republic was formed in 1949. Soon the phrase “Made in China” would take on a whole new meaning.

We would stop for a cheap meal in a noodle shop on one of the crooked streets (but eat with forks, as none of us could maneuver chopsticks), then cross Canal Street again and polish it off with pastry and cappuccino at Ferrara or Cafe Roma on Mulberry Street. Some more meandering, on to Fanelli’s or its hip younger sister, the Spring Street Bar (where I might run into my favorite teacher, Kes Zapkus), then back to home base.

The New York neighborhoods I discovered were distinctive and separate patches of a quilt. The Lower East Side was historically Jewish, with its discount goods, crumbling synagogues, and Streit’s matzoh factory. Hispanic threads were embroidered in, and bodegas coexisted with bagel and bialy shops, Spanish commingling with any remaining Yiddish wafting from tenements and onto the streets. Chinatown was virtually all contained (though straining at the seams) below Canal Street and east of Mott, with Little Italy to the north, nestled cozily under red, white and green tinsel street bowers. Benign-looking social clubs harbored the kind of family business that I had only just witnessed on the big screen in The Godfather. I would work up the nerve to steal a peek inside, seeing only a few old Italian men sitting around a card table. Still, it was hard to shake the image of that horse head in the bed. Just that April, the mobster Crazy Joe Gallo was shot five times in Umberto’s Clam Bar while dining with his family, then stumbled to the street and died. Of course I had to walk over to the scene of the crime a few days later, not sure if I would see dried blood and a chalk outline, or if I even wanted to.

Part of the connecting stretch between these colorful, ethnic blocks and Greenwich Village was Lafayette Street, empty and desolate on weekends, its sooty windows showcasing mysterious tool and die industry machines, quietly at rest. On the East River, the South Street seaport was not yet a tourist destination, and barely changed in two hundred years.

Only to the far south was there any evidence of the future, a double exclamation point to the city’s evolution from the days of Dutch commerce. The World Trade Center was nearly finished, looming mirage-like, our own Oz. One afternoon I decided to walk down West Broadway from Houston Street, until I was standing just below the towers. Along the way, quiet brick-surfaced side streets crowded my peripheral vision with ghosts of factory workers hurrying to punch the clock, and massive buildings, once proud dowagers of the industrial age, loitered as shadows of their former selves. Dumpsters were attached in front like aprons, overflowing with fabric scraps from sweatshops, and perched high above were water towers--tiaras from another time. It was the eeriest, emptiest walk I could remember, with the end always a bit further away than it seemed, just out of reach. Iconic: but of what? I didn’t know, in 1972.

Step by step I stitched myself into the fabric of this quilt I now called home.