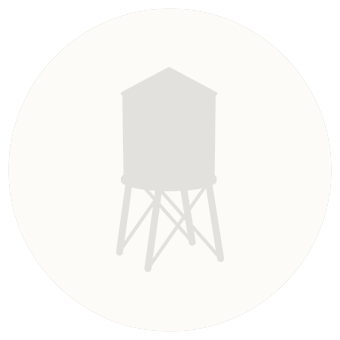 Related places
Church of St. Alphonsus Liguori
Is there anything else you would like to add to your profile?

My great grandparents emigrated in from Southern Germany to the lower West side in the 1870s. At that time the area was predominantly German.  Both my great grandmother and great grandfather were comparably old in age at the time they were married - both being around 40 years of age. They were married in Saint Alphonsus church they leased the tiny storefront and building which still exists in its original form, at 412 West Broadway about 2 blocks away. The second floor has been removed by the jewelry store currently occupying the space.  Anyway, they opened up a German restaurant there simply called ‘The Restaurant’ and they lived upstairs at that location with various other family members.  A ‘restaurant’ appears in the New York City business directories published during that time period at that location but around that time the neighborhood was going Italian.

Although St. Alphonsus, the founder of the Redemptorist religious order, was Southern Italian, the largest part of the Redemptorist order were German speaking.  At the time St. Alphonsus was organized formally around 1866 – the Bishop of New York authorized the establishment of St. Alphonsus as a ‘German’ church where sermons and confessions could be heard and taken in German.  Later on, authorization was given to conduct services in Italian.  In fact, the German Priests still stationed at saint Alphonsus in the early 1900’s were actually complaining to the congregation that the Italian congregants cultural practice of kissing the feet of religious statues or the Stations of the Cross, or kissing their fingers and using them to touch the bottom of a statues were actually wearing the paint and the wood on the statues off.  It is also of note that St. Alphonsus was considered the second most important Catholic Church in New York, second only to Saint Patrick's Cathedral in importance. To the immediate left of the Church as is visible in the photographs on your website - was the Saint Alphonsus grammar school. To the right of the building they also had ‘St. Alphonsus Hall’ which was used for union and labor activity through the Great Depression.  On Thompson Street, there was a convent.  At 328 West Broadway they ran St. Alphonsus Commercial High School for boys and girls.

Anyway, In 1906 my great grandparents had their 1st child who three years later chased a ball of some kind into West Broadway right in front of their restaurant onto trolley tracks under the elevated subway. He was run over and killed by a trolley in front his parents.  It made the front page of The New York Times because my Great Grandmother’s screaming over her son's body whose head was stuck under a wheel caused a riot of about 1000 people, primarily Italian, who were going to lynch the trolley driver.  The riot attracted police from around the corner described as the ‘Italian Squad’ who intervened.  They locked the motorman in the trolley and awaited reinforcements and were lucky to get him to the station house and save his life.  He was charged with manslaughter, I am unsure what happened to him but am trying to find out.  The child was buried out of saint Alphonsus Church in Old Calvary cemetery in Queens.

After this incident, my family converted their restaurant into a boarding house and lodged 6 men, mostly emigrants from Germany and Switzerland, as per the census documents I have seen.  Their 2nd son, my Grandfather, was born when his mother was around 44 years of age. His birth in 1911 was considered to be a miracle.  Because he was considered to be a miracle, my great-grandparents slated him for the priesthood and after he completed 6 years of school at Saint Alphonsus and was sent for 7th grade and on to a seminary school in a place called ‘North East’ Pennsylvania. Which at that time, if you can imagine, being on the shores of Lake Erie, was quite a desolate fortress.  My great grandmother then took a job in the original Waldorf Astoria (where the Empire State Building now stands) as a Bavarian meat chef.  At that time, the haute cuisine was game meats and rustic hunter style dishes.  My great grandfather took a part time job as the bartender in the gentlemen’s grill at the world famous Luchow’s Restaurant over by Union Square.  My grandfather ended up leaving seminal and ended up working for Catholic Charities’ immigration assistance bureau. He actually met the actual singing ‘Von Trappe family of ‘Sound of Music’ fame when they came through Castle Gardens in lower Manhattan on their way up to Vermont.

My grandfather ended up moving to Flushing, Queens where I also grew up in the 1970’s and 1980’s.  I grew up hearing about his childhood and then 50 year career riding the New York Central Railroad around the country for various Catholic immigration grounds.  I never heard a bad word about his old neighborhood except that it was ‘rough’. There were many colorful characters in the neighborhood - for example one of the teachers at Saint Alphonsus grammar school was the ‘Red Baron's’ brother - the Red Baron being the Baron Manfred von Richthofen – of World War One.  There were children in that school at the age of 9 who were smoking pipes. Most of their fathers worked on the docks and at manual labor.  They played stickball and baseball exclusively.