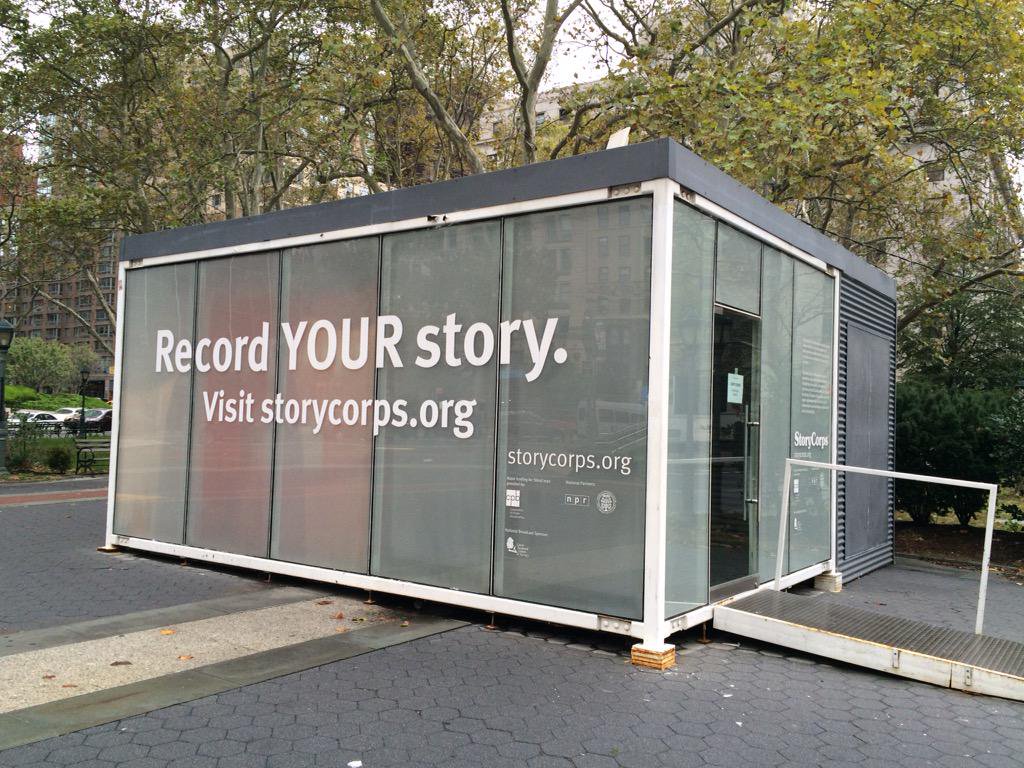 Listening to SoHo: A Day of Recording with StoryCorps

Back in October 2015, The SoHo Memory Project held a day of recording with StoryCorps, an independent nonprofit project whose mission is to honor and celebrate the lives of everyday Americans by listening to their stories. Six pairs of SoHo old timers came by to share stories at the StoryBooth recording studio down in Foley Square, and their 40-minute conversations were recorded by StoryCorps staff.

Each conversation is unique and tells a fascinating story. The stories as a group tell the larger story of SoHo as it developed from an industrial area to a thriving artists community to a retail center. Below are excerpts from the conversations recorded by StoryCorps, which will be preserved and archived in the American Folklife Center at The Library of Congress.

I hope you enjoy these remembrances, and I hope you will be inspired to listen to more conversations about SoHo and to share your own story with us!

Shael Shapiro, architect and co-author with his wife, Roslyn Bernstein, of Illegal Living, explains how loft living first came about in SoHo:

Filmmaker and journalist Jim Stratton speaks to his daughter, Callison, about the formation of the SoHo Artists Association and how the name SoHo came to be:

Joyce and Elizabeth discuss gentrification and SoHo as role model for other artists districts:

Thornton and Vered on the charm of SoHo then and now: