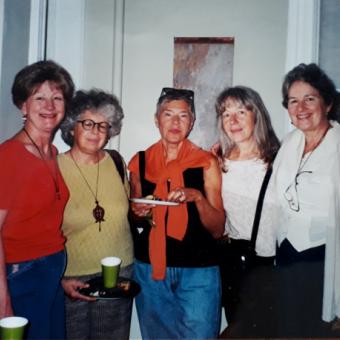 The emptiness, the peace, community, quiet streets except for trucks in businesses, quirkiness, art happenings with people like Meredith Monk, free dance classes with Deborah Hay, Soho Playgroup and closeness of those families

What do you miss least about SoHo in the 1970s?

The togetherness of the community of families who formed and ran the Soho Playgroup, mutual support.

I have great nostalgia for the past in Soho and grieve the losses of places like The Bodega, Food, the small Whole Foods that was on Prince St, etc. 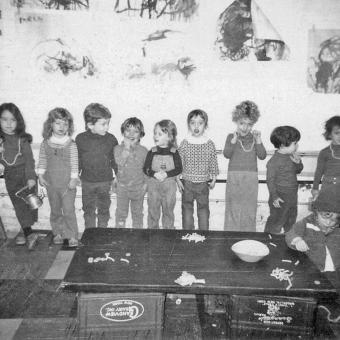 I met most of my old-time SoHo friends at the SoHo Playgroup, which was started by a bunch of neighborhood mothers as a series of playdates in various homes and at Thompson Street Playground (now called Vesuvio Playground) around 1970. Once the Playgroup moved into its own space, it became a bit more structured and organized.  It operated weekday mornings, and each morning a group of three parents would help Cynthia, a teacher, look after the fifteen children, thus giving the children a fun place to play and socialize while the other parents had some free time.