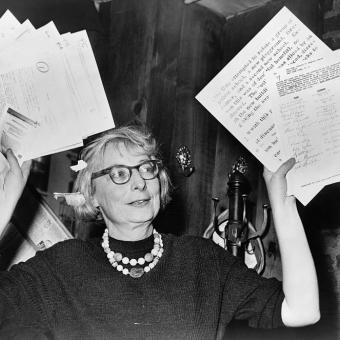 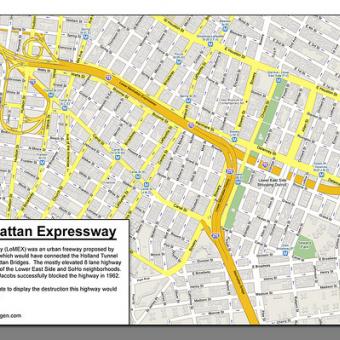 The idea for the Lower Manhattan Expressway, or LOMEX as it was known, which was to run the length of Broome Street, was first put forth in the 1930's and gained support in the 1950's and 1960's and would have razed most of what is now SoHo and Little Italy.