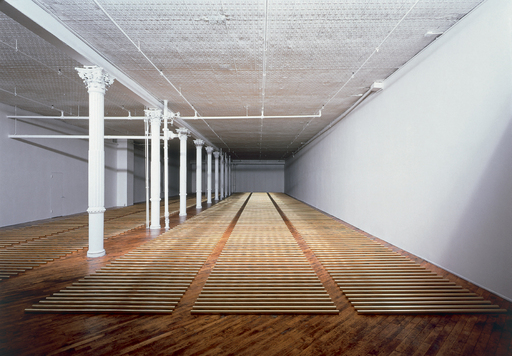 Is there art in SoHo? Many people lament the fact that SoHo is no longer a cultural destination, that it has lost its creative soul. I beg to differ. SoHo may no longer be the center of New York’s art and gallery scene, but there is still a vibrant creative community here, though it is sometimes obscured by the more visible retail establishments. This is evidenced by the recent formation of three organizations in SoHo that work to highlight SoHo’s continuing connection to the world of art and design. The SoHo Arts Network, SoHo Strut, and the SoHo Design District have a diverse array of programming that highlight cultural sites and resources throughout our neighborhood that might otherwise be overlooked.

The SoHo Arts Network (SAN) is a new partnership launched in March 2015 with a mission to support SoHo’s creative history and growing artistic community. Did you hear that? Yes, growing! According to the SAN press release:

Created in part in response to the misperception that SoHo has lost its arts community, the network provides an important platform to increase awareness of the neighborhood’s continued importance as an arts district, especially for non-profit organizations. … In addition, the network seeks to further ignite the growth of the arts in the neighborhood through public programs and events exploring SoHo’s rich cultural history. Future events being planned by the group include walking tours of SoHo’s artistic past and present, and a series of talks on SoHo in the 1970s.

SAN introduces us to relative newcomers to SoHo’s arts scene, such as The Center for Italian Modern Art (CIMA, pronounced cheemaa), a nonprofit organization established in 2013 to promote public appreciation and advance the study of modern and contemporary Italian. SAN also reminds us that we are home to many long-established arts organizations, such as the Dia Art Foundation, The Leslie + Lohman Museum of Gay and Lesbian Art, and The Drawing Center among many others. When was the last time you visited the Earth Room or The Broken Kilometer? So close to my house, yet I have not been in years!

Another new hybrid enterprise/organization is Soho Strut, founded by Danielle Nazinitsky. If The SoHo Memory Project celebrates SoHo’s glorious past, then SoHo Strut celebrates SoHo’s glorious present.  SoHo Strut partners with local retail establishments to promote events and sales, holds fundraisers for local charities by promoting local artists, and plans events to celebrate all that is unique about present-day SoHo, with a focus on the arts.

SoHo Strut’s past events have featured local businesses and artists and included two fundraisers to benefit ACE New York, a local organization that works with homeless men and women throughout New York City.

SoHo Strut’s newest program, the SoHo Salon Series, begins this month. This series will feature occasional gatherings of collectors, curators, artists, writers and art enthusiasts who will meet and mingle in a informal setting to show and discuss artwork, sources of inspiration, preferred techniques and perspectives on collecting. For the inaugural Salon Series event this October 18, Paul Kowalchuk, an avid collector of mid-20th century American Studio Pottery, will present and exhibit a selection from his collection that features work by Louis Mendez and his peers. Click here for further information and click here to RSVP for this free event!

The newest organization in this group is the SoHo Design District (SDD). Founded in July 2015, SDD’s mission is to promote SoHo as a premier destination for world-renowned design and to preserve SoHo’s unique history as a global center for creativity. Founding members of the ever-expanding SDD include: Artemide, Blackbody, BluDot, Cappelini, Cassina, Design Within Reach, Flou,Fontana Arte, Foscarini, Gandia Blasco, Luceplan, Modular Lighting Instruments, Moroso, Nani Marquina, Poltrona Frau, Room & Board, Stepevi and USM. Click SDD Map for a map of all SDD member showrooms.

The influx of design brands beginning in the 1990’s transformed SoHo into a major design hub, but many design showrooms have been forced out in recent years by ever-escalating commercial rents. SDD president and core founding member, Dahlia Latif states:

For decades, Soho has been known as an international destination for design, art, culture and architecture. Our partnership facilitates working together to sustain this history and be a larger resource for design professionals, students and enthusiasts alike.

SDD holds design-related events throughout the year, many centered around New York Design Week in May (click here to view a calendar of events). Be sure to catch the upcoming ADFF Short Films Walk on October 7th that connects a selection of downtown design showrooms and the New York Architecture and Design Film Festival. For one night, the ADFF will curate a selection of short films about design and architecture to be screened in these spaces.

Ok. So SoHo is no longer the artists colony it was in the 1960’s and 70’s. We all know those days are long over. We also all know that SoHo is a commercial hub that can be overwhelmingly crowded, loud, and unpleasant for local residents. But let’s remember that there is also some very cool stuff going on here, that some of the innovation and creativity that made old SoHo so wonderful still lingers, albeit quietly, amid all the noise. Let's also remember that this is what we should be celebrating about the neighborhood we all love so much!