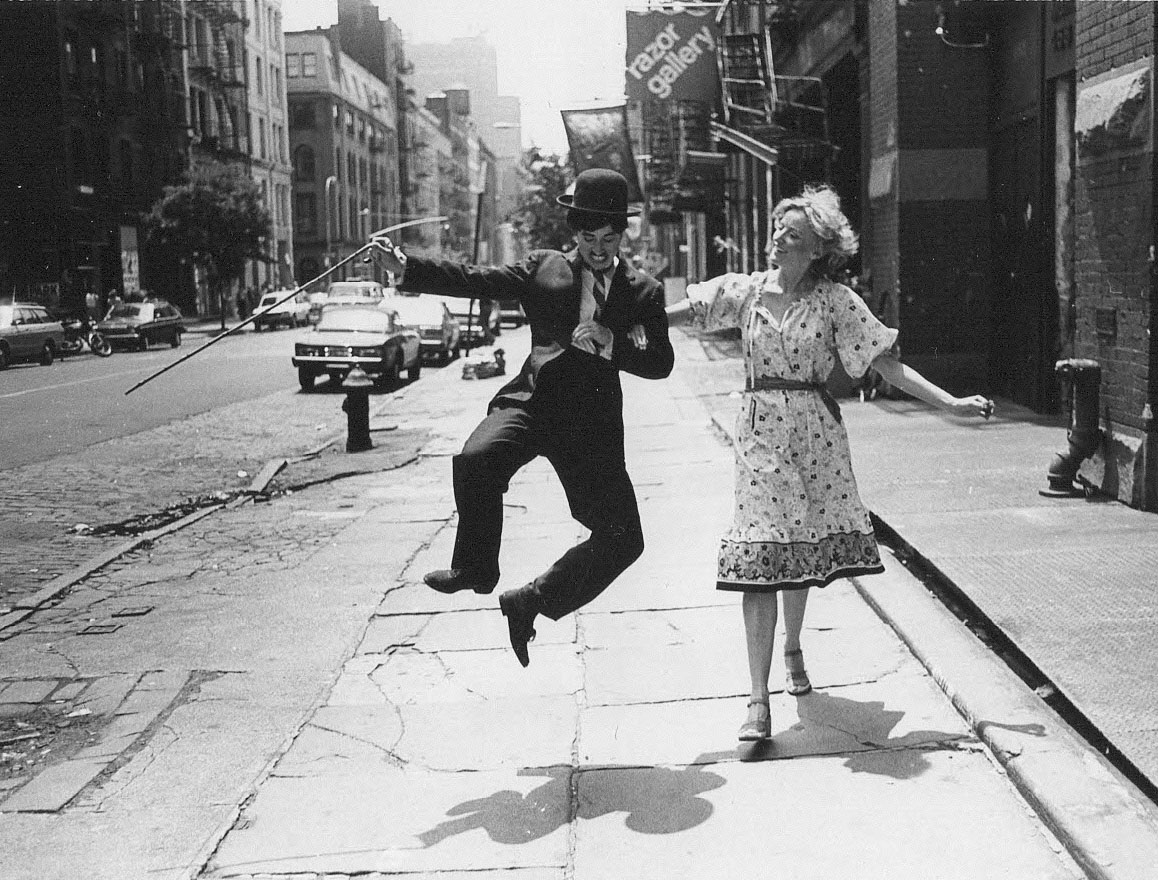 Like many SoHo pioneers, choreographer Rebecca Kelly moved to SoHo in 1974 in search of space to do her work. With husband Craig Brashear, she renovated a raw loft, founded Rebecca Kelly Ballet, raised a family, and adapted to an ever-changing New York. In the following interview, Kelly shares her memories of dancing in SoHo.

When did you arrive in SoHo and where did you come from?

I arrived in New York to pursue a career in dance as a performer, straight after graduating in 1973 from Bryn Mawr College in Pennsylvania. After living for a year in a compact apartment over a Mexican Restaurant in the West Village, with a dancer roommate, it was clear we needed more space. I found the loft in 1974. You could see a lot of sky and not too much traffic, which I liked.

We explored the area, spotting a sign in FOOD, a store on Prince Street. It said “loft – 2500 sq ft. for rent.”  How big was 2500 square feet? I wondered, as big as a basketball court?  We climbed four flights up to find a raw space, plaster falling off brick walls, floors thick with glue and varnish, but it was a big unobstructed space. No plumbing, no pillars, no amenities at all. Still, we could envision having our own studio, and a spacious living area. We found two more dancers to split the rent. The four of us got to work. I designed the layout for a comfortable 4 bedroom, open kitchen flowing into the living room and the large open studio. I had this book, Reader’s Digest How to Build a Home.  We began renovations and moved in.

My future husband, Craig Brashear arrived in NYC in 1975 after completing his Physics degree from Haverford College, PA. We met through dance, and soon became partners. My previous roommates who all had been aspiring dancers at one point, developed different interests. Craig and I married, and we took over the loft by 1978.

Why did you move to SoHo?

It was really about the space. There were rental opportunities if you had the inclination to renovate. It was possible for us to think we could do this ourselves. I always liked carpentry. My father had made sure that his daughters and son were all very handy with tools. So the rent was affordable, split four ways. The neighborhood was so interesting, populated by other artists, all very purposely pursuing their dreams.  There were quite a few other dance studios and lofts around.  It was a dynamic environment.

What was everyday life like back then? Where did you go? What did you do?

As dancers, we were making no money at all, so initially the roommates and I took any jobs we could, as a reception clerk, hat check girl, embroiderer for a jeans store to support our dance habits. It was exhausting between working, taking class, going to auditions, and eventually rehearsing with small modern companies, while studying at [Merce] Cunningham, and various ballet studios. I performed every Sunday evening with the Charles Weidman Company for several years. He paid us in oatmeal cookies and cheap wine, but occasionally we went on tour and received a real wage. He was an extraordinary man. I was also performing with the Vanaver Caravan, a music and folk dance, modern company, and several pick up companies.

What was it like to start a dance company in 1970’s SoHo?

We were uncertain about whether it was a realistic idea. I remember going to David White who was the Director of the Dance Theater Workshop to seek his advice – and encouragement.  He asked why would you want to incorporate, and thought that wasn’t important. But we were committed, and we envisioned permanence. At that time, Craig and I still weren’t married, but we were already identifying people for our Board. One candidate asked, “How can I be sure the organization will last if you two break up?”  Craig and I thought – “not a problem, we’ll get married.”  So we did. Working with Volunteer Lawyers for the Arts, and CCF (Cultural Council Foundation) our 501-c3 came through in June 1979. Craig and I were married at the 15th Street Meeting House (Quaker) in December of that year.

When/why/how did Rebecca Kelly Dance transition from being a modern dance company to a ballet company?

After an exciting decade of international and national touring, making many interesting dances about social topics, and working with beautiful individuals, in 1991, I was invited to participate in the Carlisle Project, a prestigious program to develop ballet choreographers. It was a game changer for me. I had been frustrated for some time about not being able to get my dancers to “speak” in a particular way. Their training did not produce the flexibility and articulation that I needed for my works.

Craig and I also became parents that year, to our daughter, Hilary. As our focus shifted away from touring to residencies, teaching, and the founding of our SoHo neighborhood dance program Kids Co-Motion, I came racing back to my classical roots, but not the tiaras or tutus. My new works would use the eloquence of ballet technique, but with the sensibility of modern and contemporary dance, and my themes would be topical.

Please tell me a little about the dances Charles, Mignonne, and Black Glass depicted in the photographs(*) taken in various locations in SoHo.

Charles, the solo, was dedicated to Charlie Chaplin, and was performed in many places, outdoors in Soho, at the Louise Nevelson Plaza downtown, at a wedding reception in Bangor, Maine, at Tavern on the Green, and by chance at Mohonk in the Catskills, on the eve of Mr. Chaplin’s death.

During the years when I performed with the Vanaver Caravan, I met cellist Abby Newton, who would turn out to be a life-long friend and music collaborator.  Craig and I conceived of the narrative dance Mignonne.  It is the story of a little stage hand (Rebecca/Chaplin) who falls in love with the beautiful cellist (Abby/Mignonne) and therefore neglects his work and gets in trouble with his boss (Craig/Boss).  The broom dance is a highlight.

Black Glass was an iconic dance of the 1980’s. In those days when we toured we looked more like a downtown rock band.  The dance was about the City –the  excitement, the danger and intensity and the beauty of urban life.  The original set pieces suggested giant shards of glass. The original commissioned score was by Brooks Williams. There was had a scene that suggested in slow motion a rape scene.   When we did this dance in Central Park for a video shoot, that scene caused quite a stir.

Has SoHo’s evolution affected your choreography or your company?

A few ballets came directly from living in Soho. One was a youth ballet commissioned for a company in Tarrytown. I called it American Suk.  It was inspired by a window at Prada on the corner. Suk is the Arab marketplace. My ballet was about gossip, girls, shopping, and fashion. Another was Tenderness of Wolves which premiered in 1988 at the Joyce Theater, a chic, noire ballet about a dysfunctional couple.

When I am making a ballet in my studio, my eyrie above the street, I am really away from SoHo. The dances just come from my imagination, my pondering about people and what motivates them.

I loved SoHo’s old uniqueness! I miss the wonderful Pineapple Dance Studio on the corner of Houston and Broadway, which brought together so many people from the dance community. I miss all of the early days of SoHo. It was a great place to be, it continued to be a fantastic place to bring up our daughter. I loved the one of a kind places to find treasures, to eat, to shop, or find costume and stage supplies – the walking distance to our daughter’s school, and walking distance to doctors and pediatrician.  It is not the same. The large chain stores have no interest for me. And the crowds…

We continue to offer an afternoon dance program mostly for busy teens during the school year, but we respond to neighborhood interest. So when there is enough of a demand to start an adult ballet fitness or barre class, or an early childhood class, we put that together. I continue to choreograph new ballets – the latest one inspired by entanglement theory.

What is it like for you to live in today’s SoHo knowing what it was like 30 years ago?

If you can’t adapt to change, then New York City is not the place for you.