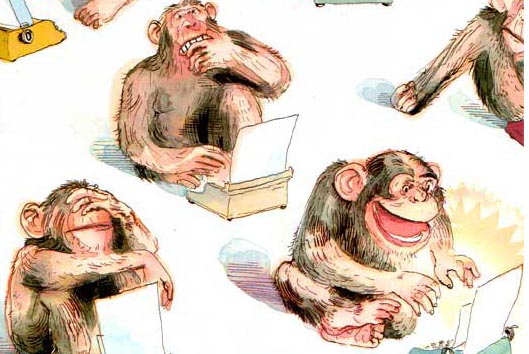 Cover of the December 30, 2002 issue of THE NEW YORKER by Barry Blitt

Happy birthday to The SoHo Memory Project!  I began writing this blog on January 1, 2011.  As we enter year four, I thought I'd take a look back and tell you all the story of how this blog began.  Once upon a time....

I became a writer quite by accident, and I would not even describe myself as a writer, at least not in any conventional way.  I don’t sit in a room typing furiously while chain-smoking (do any writers do this anymore?), I don’t make a regular income from my writing, nor is it my main occupation.  But writing is a huge part of my everyday life, and I do not know where I would be without it.

I grew up in SoHo in the 1970s when the neighborhood was a derelict area where artists lived illegally in loft buildings that housed mostly warehouses and light manufacturing.  It was completely different from the SoHo of today, but in many ways, although it was dirty and desolate, it was a much friendlier, homier place to live back then.

About three years ago, I began blogging here about my experiences growing up in the SoHo of the 1970s.  I noticed that, although much was written about the SoHo art scene, about its artists and galleries, not much at all had been written about everyday life in SoHo.  It was, after all, a neighborhood where people, mostly artists and their families, lived as well as worked, albeit not in any traditional way.

The reason why I think this story is significant and worth writing about is that the transformation of SoHo from an industrial neighborhood to a residential one is a prototype for the adaptive reuse of commercial space as well as a prototype for neighborhood gentrification.  There was no such thing as loft living before the SoHo of the 1970s, so the place and time is significant in the history of New York City, and perhaps the world.

At first I thought someone ought to write about it, but not me, I’m not a writer, I’m not a storyteller.  But time went on and nobody wrote about it.  Around this time, I was studying to be an archivist, and was thus spending a lot of time dwelling on the importance of memory, of keeping a record, of preserving the past for the future.

I felt very strongly that the SoHo story had to be told and preserved.  Because I was studying archiving, my original idea was to amass an archive of personal records, photos, and ephemera that could one day be donated to a library.  But I first needed to make contact with the old timers who possessed these items.  So I decided to begin a blog, with the hope that a community would form around it, a community of people who wanted to share their own memories, where we could build a collective memory.  And that is actually what happened!

Each week or two, I write a post about a person, place, or idea relating to old SoHo.  I always try to include personal memories in my posts as well as photos and sometimes video.  I then ask others to share their own memories and I’ve also taken a few oral histories.  After three years, dozens of people who lived and worked in SoHo in the 1970s have found this blog and shared their memories from as far away as Japan and from as close by as the apartment next door.  I have also been offered items from personal archives, as well as institutional papers.  And along the way I found my voice.  I found out that I am a writer, I am a storyteller.

So now what?  I have been offered freelance writing gigs through this blog.  I am now also considered the resident historian, and thus scholars and journalists contact me for information about SoHo.  I have enough material now to actually start an archive, and I am thinking about asking a local nonprofit to be my fiscal sponsor so that I can apply for grants and fundraise to support the archive and to finally write that book I keep putting aside, using the archival material I’ve gathered and the posts I’ve written.  But that sounds like a huge undertaking, and I must first decide whether or not I have it in me.  I think someone should do it, but I'm not sure if that someone is me.

In any case, back to my original point.  I guess I am a writer.  I do not make a living from my writing.  I cobble together a living from a variety of projects, including writing.  On top of that, through The SoHo Memory Project, I get to write on my own terms, without deadlines or word counts to meet, except for my own.  Blogging has taught me that writing, as well as storytelling, can take on many forms.  Through posts, photos, video, ephemera, oral history, and conversation, my community and I are writing our own unique story through our collective memories that is fact, fiction, or somewhere in between.