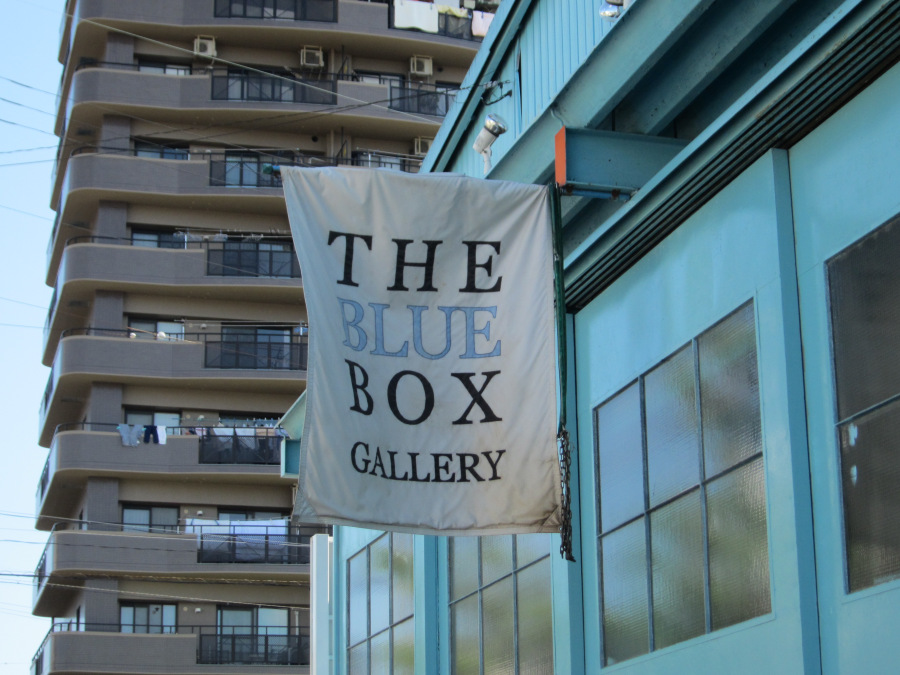 Thinking Inside the (Blue) Box

Facade of the Blue Box Gallery in Okazaki, Japan

Greetings from Okazaki, Japan, hometown of my mom and dad who lived in SoHo for 45 years before moving back here just this year.  Taking their wealth of experience as artists and then gallery owners in New York, they have opened a gallery here in an old warehouse that used to house, of all things, a fabric recycling storage space.  Yes, the rag trade, so prevalent in SoHo when my parents arrived in 1968, followed them all the way back to Okazaki.  How could they NOT open a gallery in this space?

While visiting his childhood home about ten years ago, my father came upon an abandoned warehouse.  He inquired about the 2,500-square-foot space and quickly secured a ten-year lease at the equivalent of $850 per month.  The landlord was probably thinking, who in their right mind would want such a space now that fabric recycling has been moved offshore?  My father painted the exterior a happy shade of blue and aptly named the building “The Blue Box.”  He then slowly, using his carpentry skills that put me thought college, built a live-work space comprised of studio space, a large exhibition space, and a kitchen and loftbed in the back.  Sound familiar?  You really can’t teach an old dog new tricks.

The gallery is quite vast, with two large rooms and another small room in the back.  It is in this cozy third space that I have put together an exhibition about the history of SoHo, an analog SoHo Memory Project, so to speak.  I thought the residents of this sleepy city (think outskirts of Hartford) might be interested in knowing a little about the place my parents disappeared to for so long.  Most of the people who will visit this exhibition will not have ever been to New York, and will not have heard of SoHo.  How does one convey SoHo’s rich history and culture to someone whose frame of reference is, at best, the film After Hours dubbed into Japanese?

The following is a video sneak peak of the exhibition.  Please excuse the shaky video and improvised narration.  Tune in next time for a post-vernissage debriefing!