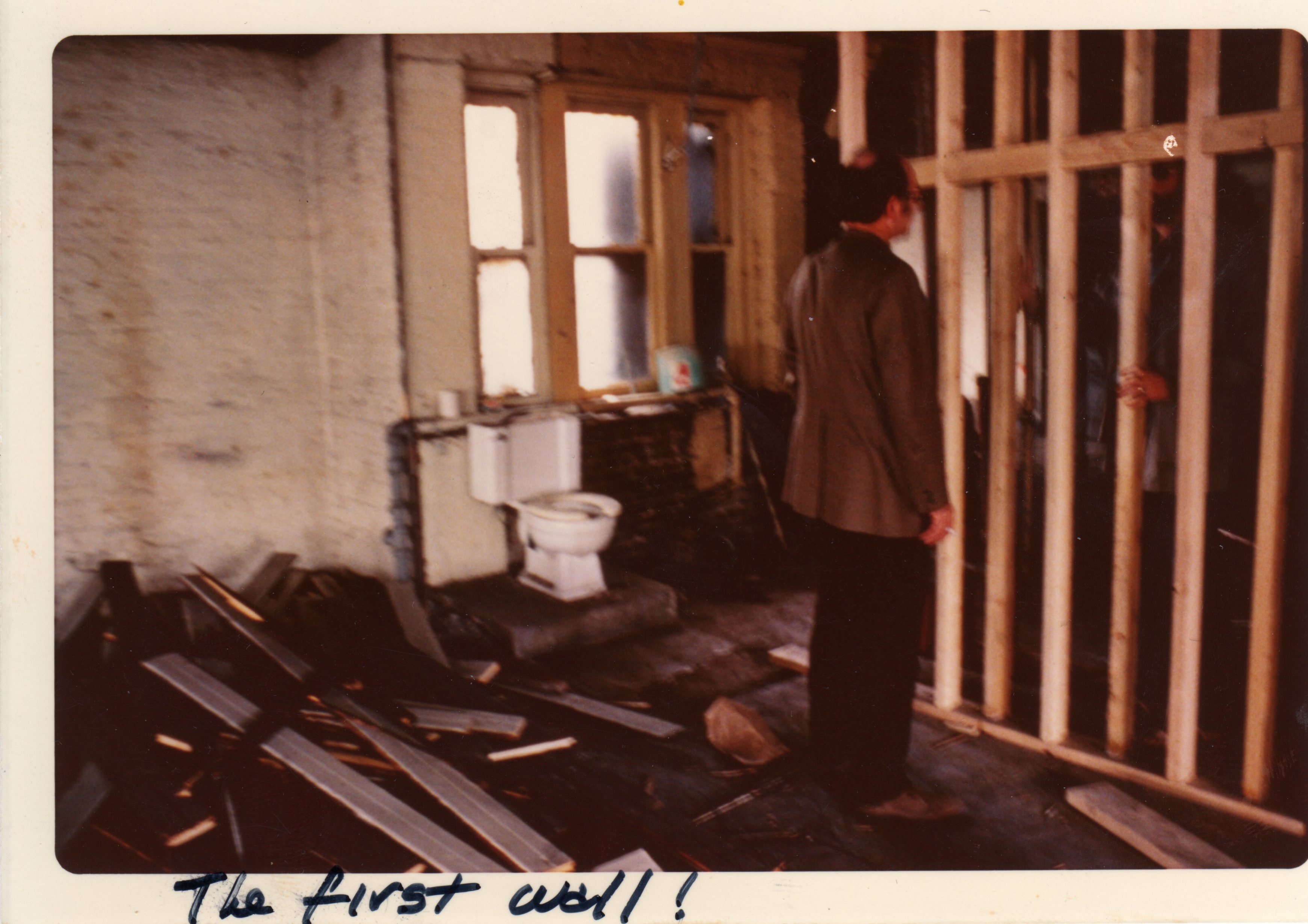 Ever wonder why SoHo doesn’t have a historical society or neighborhood association? I am forever grateful that we have the SoHo Alliance and SoHo Partnership. But I mean more like a place that preserves the cultural history of SoHo, what real loft living was like, what it was like to grow up in a loft not knowing that other children had doormen and elevators and carpeting, what it was like to raise a family while living illegally. Stuff like that.

Well, I have. I obviously think it’s an interesting story— I’ve been writing about it for the past 4+ years. And this blog will probably be around for years to come, even if I stop writing it today. But I think we need something more. Although there are archives throughout the world that collect the personal papers of significant artists and individuals who were SoHo pioneers, SoHo itself has no physical space dedicated to preserving its history as a neighborhood, nor is there any library or museum that tells its story.

I’ve decided to do something about this lack. I will design an exhibition, for starters. This way, I’ll be able to see if others feel the same way I do. It will be an exhibition that chronicles the evolution of SoHo from rural farmland to high-end retail hub, charting its cycles of development and thus placing current day SoHo in the context of New York City’s history. I’ll focus on the 1970’s of course. The dirty golden years.

Rapkin Report: 1960's —
“The South Houston Industrial Area” (also known as “The Rapkin Report”), maintained that while the number of businesses in the area had declined over the years, the old buildings still housed small industries that employed many low-income and minority workers and were also a still-viable tax revenue source for the city. (image: Thomas Struth 1978 via MOMA)

I am hoping that this exhibition is just the first step in finding a permanent home for The SoHo Memory Project. It will depend on how this first phase goes. I want it to be engaging to all people, to those familiar with SoHo’s history and to those who are visiting for the first time. I also want it to be a multi-media multi-sensory extravaganza, because an interesting story deserves an interesting retelling.

I think that knowing the story of our neighborhood and its significance in the larger history of New York City will enrich the experiences of SoHo residents and visitors alike and will influence how they interact with the people, streets, and idea of SoHo. People who come to SoHo these days have no idea whatsoever how SoHo became the shopping mall that it is today. If they knew, they might treat our neighborhood with a bit more respect. Is that wishful thinking?

Please stay tuned next month when I will reveal my BIG PLAN. It will be a lot of work, and will be asking you all for a little help, but I promise it will be worth it!!!