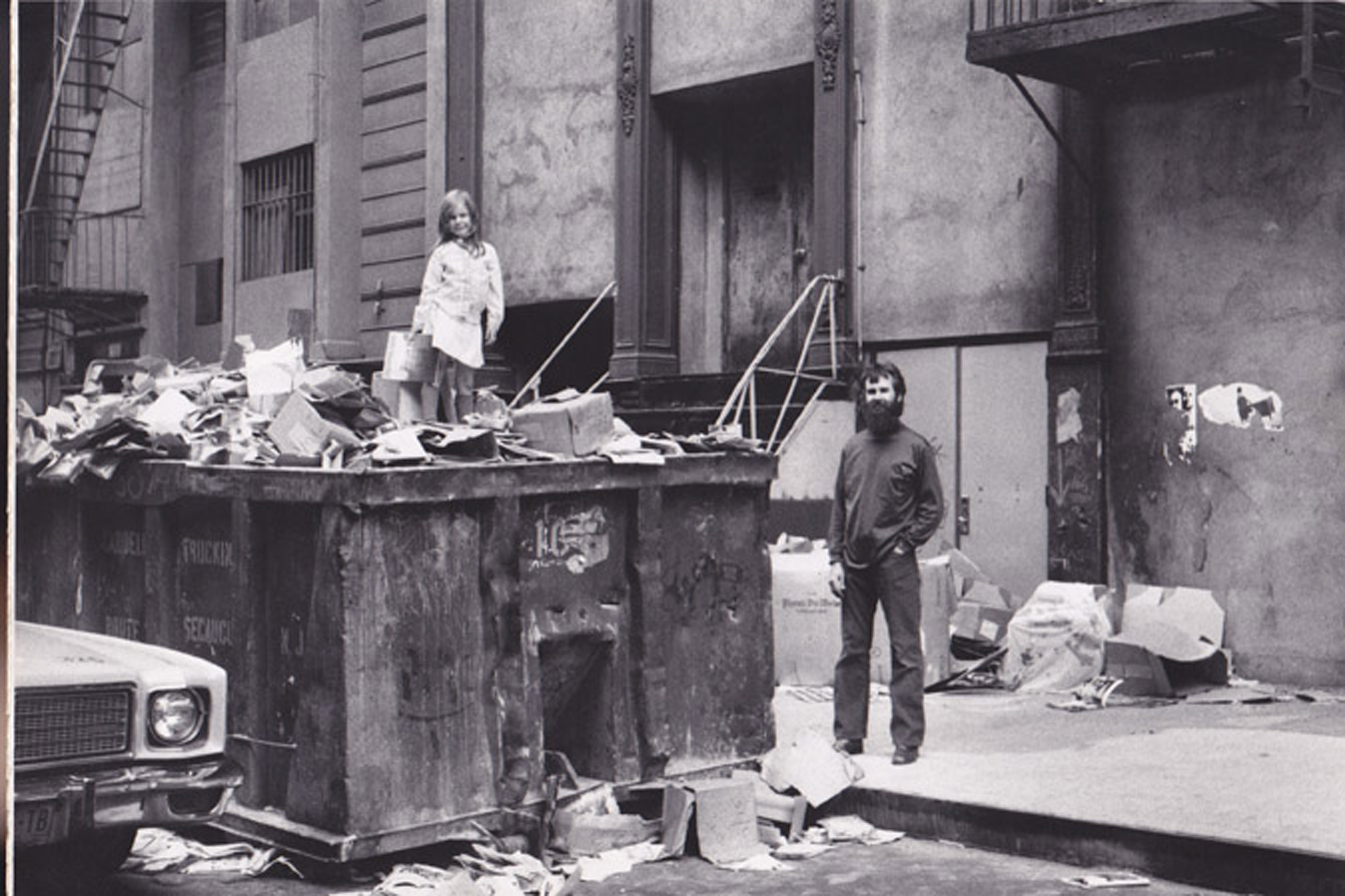 If dumpster diving were an official sport, New York City would be much better represented at the Olympics.  Is there anyone out there who lived in SoHo in the 1970's who has NEVER been inside a dumpster?  Most of my childhood home was furnished with items carefully selected from an array of dumpsters, dragged off the street on "big garbage day," and donated from neighbors who were moving away.

SoHo was a commercial and industrial neighborhood in the 1970's.  This resulted in lots of big, useful garbage.  If an office was going out of business, all of its furniture would be thrown into a dumpster on the street to be carted away in the middle of the night.  Residents of the neighborhood developed a kind of radar for locating the dumpsters with good stuff, and before they were taken to wherever dumpsters go, the local scavengers would dive right in hoping to find home furnishings, as well as materials for their artwork.

When I lived on Crosby Street, we had many pieces of furniture that were the fruits of my father's hunting and gathering.  With the whole bedbug scare and maybe just a bit more common sense, most people today would not drag a stranger's carpeting into their homes, but back then it was okay to let your newborn crawl on and lick it.

The sofa in the photo above was brought in off the street, and my mother covered it with fabric (that I think she actually purchased at a store!).  The carpet was salvaged from an office in the building next door that was closing.  Later on, we had a sofa that was made entirely of foam.  It was a great, light sofa and we used it until it was, we thought, unusable.  We put it out on the sidewalk and within the hour, it was gone.  The funny thing is that about six months later, I saw that same sofa sitting atop a trash can on the corner of Spring and Mercer.  It was just perched there, as if someone had thrown it away along with their empty coffee cup.  I had a good laugh.  I guess one person's trash is another person's perfectly good sofa.

I knew we had "made it" when we hired our own dumpster to cart away a truckload of our castoffs when my parents closed their business.  It felt strange and somewhat elating to be on the other side of the equation for once.  Before we were even finished filling it up, passersby began peeking into our dumpster, hoping to find buried treasure.  I knew some of them would be back that evening.