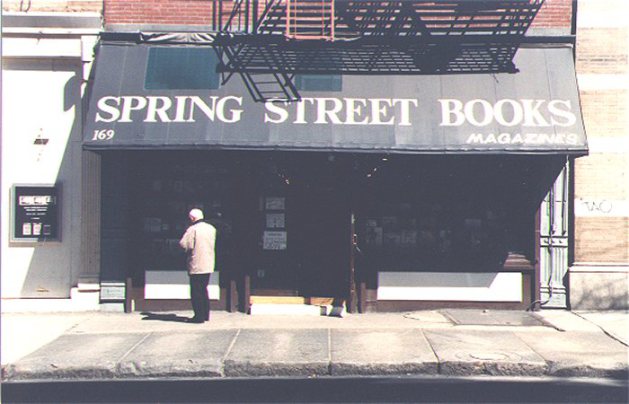 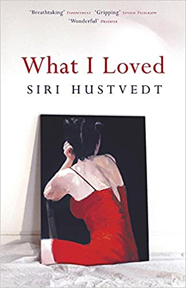 What I Loved
By Siri Hustvedt
370 pages
Henry Holt and Company, 2003

Siri Hustvedt's What I Loved begins in New York in 1975, when art historian Leo Hertzberg discovers an extraordinary painting by an unknown artist in a SoHo gallery. He buys the work; tracks down the artist, Bill Wechsler; and the two men embark on a life-long friendship. Leo's story, which spans twenty-five years, follows the growing involvement between his family and Bill's--an intricate constellation of attachments that includes the two men, their wives, Erica and Violet, and their sons, Matthew and Mark.

The families live in the same New York apartment building, rent a house together in the summers and keep up a lively exchange of ideas about life and art, but the bonds between them are tested, first by sudden tragedy, and then by a monstrous duplicity that slowly comes to the surface. A beautifully written novel that combines the intimacy of a family saga with the suspense of a thriller, What I Loved is a deeply moving story about art, love, loss, and betrayal. (source: Macmillan) 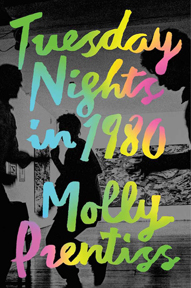 Welcome to SoHo at the onset of the eighties: a gritty, not-yet-gentrified playground for artists and writers looking to make it in the big city. Among them: James Bennett, a synesthetic art critic for the New York Times whose unlikely condition enables him to describe art in profound, magical ways, and Raul Engales, an exiled Argentinian painter running from his past and the Dirty War that has enveloped his country. As the two men ascend in the downtown arts scene, dual tragedies strike, and each is faced with a loss that acutely affects his relationship to life and to art. It is not until they are inadvertently brought together by Lucy Olliason—a small town beauty and Raul’s muse—and a young orphan boy sent mysteriously from Buenos Aires, that James and Raul are able to rediscover some semblance of what they’ve lost. (source: Simon & Schuster) 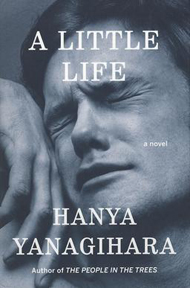 A Little Life follows four college classmates—broke, adrift, and buoyed only by their friendship and ambition—as they move to New York in search of fame and fortune. While their relationships, which are tinged by addiction, success, and pride, deepen over the decades, the men are held together by their devotion to the brilliant, enigmatic Jude, a man scarred by an unspeakable childhood trauma. A hymn to brotherly bonds and a masterful depiction of love in the twenty-first century, Hanya Yanagihara’s stunning novel is about the families we are born into, and those that we make for ourselves. (source: Penguin Random House) 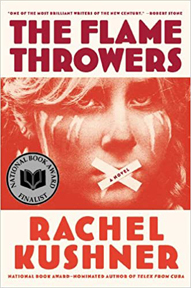 Reno, so-called because of the place of her birth, comes to New York intent on turning her fascination with motorcycles and speed into art. Her arrival coincides with an explosion of activity—artists colonize a deserted and industrial SoHo, stage actions in the East Village—blur the line between life and art. Reno is submitted to a sentimental education of sorts—by dreamers, poseurs, and raconteurs in New York and by radicals in Italy, where she goes with her lover to meet his estranged and formidable family. Ardent, vulnerable, and bold, Reno is a fiercely memorable observer, superbly realized by Rachel Kushner. (source: Simon and Schuster) 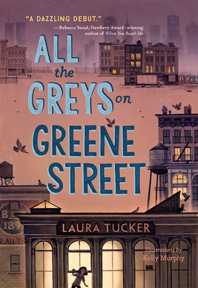 All the Greys on Greene Street
By Laura Tucker
320 pages
Viking Books for Young Readers, 2019

SoHo, 1981. Twelve-year-old Olympia is an artist–and in her neighborhood, that’s normal. Her dad and his business partner Apollo bring antique paintings back to life, while her mother makes intricate sculptures in a corner of their loft, leaving Ollie to roam the streets of New York with her best friends Richard and Alex, drawing everything that catches her eye.

Then everything falls apart. Ollie’s dad disappears in the middle of the night, leaving her only a cryptic note and instructions to destroy it. Her mom has gone to bed, and she’s not getting up. Apollo is hiding something, Alex is acting strange, and Richard has questions about the mysterious stranger he saw outside. And someone keeps calling, looking for a missing piece of art. . . . (source: Penguin Random House) 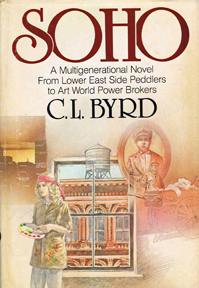 SoHo: In the days of Picasso and Modigliani it was Montmartre, then Montparnasse. Now, suddenly, it is SoHo, the small section of Lower Manhattan that has become the throbbing center of the avant-garde art scene.

Against the panoramic background of the loft world---the openings, the parties, the auctions, the new sexual freedom---this gripping saga etches a memorable cast of characters:

Three young women drawn into the magnetic field of SoHo. Annie, one of the first urban pioneers---a strikingly gifted and ambitious artist whose career means everything to her. Camille, her childhood friend and rival, a woman who finds power in serving the art world. Rochelle, who flounders in the dangerous depths beneath the glittering surfaces of SoHo. (source: jacket copy)

Annie walked with Camille to the subway entrance, then strolled west on Canal Street, drawn by the activity on the sidewalks.  What she discovered, to her delight, was that a number of stores had, in effect, burst and spilled out into the street, so that their wares were displayed in irregularly ascending rows of trays and boxes—some resting on trestles,  some on other boxes—in the way that fruit and vegetables were arranged outside an old-fashioned greengrocers.  In front of one store were containers of vacuum tubes, condensers, transformers, loudspeaker cones—everything the radio or hi-fi enthusiast could require—the price of each item boldly stated on a hand-lettered card.  Another shop offered plumbing supplies—mundane objects that became exotic isolated out here on the street—and a third displayed sneakers, sandals, and several kinds of work boots, all crowded onto a kind of miniature bleachers.  A cascade of legal pads, ledgers, typewriter ribbons, old calendars, pencil sharpeners, ink pads, and desk lamps overflowed from an office supply company.  Nearby were rolls of garden hose, brass rods, hacksaw blades, nuts and bolts, hatchets, frying pans bathroom cabinets, casters, door handles, toilet paper holders—the contents of a hardware store that had been turned inside out—and next to that a cluttered assemblage of electric motors in all sizes and shapes. (from SoHo, by C.L. Byrd, pages 140-141)

Books about growing up in New York City 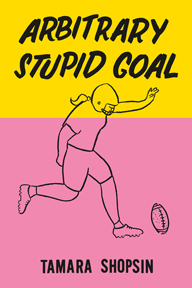 In Arbitrary Stupid Goal, Tamara Shopsin takes the reader on a pointillist time-travel trip to the Greenwich Village of her bohemian 1970s childhood, a funky, tight-knit small town in the big city, long before Sex and the City tours and luxury condos. The center of Tamara’s universe is Shopsin’s, her family’s legendary greasy spoon, aka “The Store,” run by her inimitable dad, Kenny—a loquacious, contrary, huge-hearted man who, aside from dishing up New York’s best egg salad on rye, is Village sheriff, philosopher, and fixer all at once. All comers find a place at Shopsin’s table and feast on Kenny’s tall tales and trenchant advice along with the incomparable chili con carne. (source: Macmillan)

Listen to an excerpt from the audiobook here. 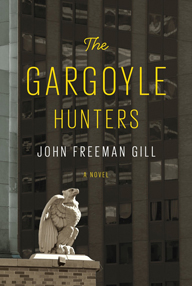 Both his family and his city are crumbling when thirteen-year-old Griffin Watts stumbles headlong into his estranged father’s illicit architectural salvage business in 1970s Manhattan. Griffin clambers up the façades of tenements and skyscrapers to steal their nineteenth-century architectural sculptures—gargoyles and sea monsters, goddesses and kings. As his father sees it, these evocative creatures, crafted by immigrant artisans, are an endangered species in an age of sweeping urban renewal. (source: Penguin Random House)