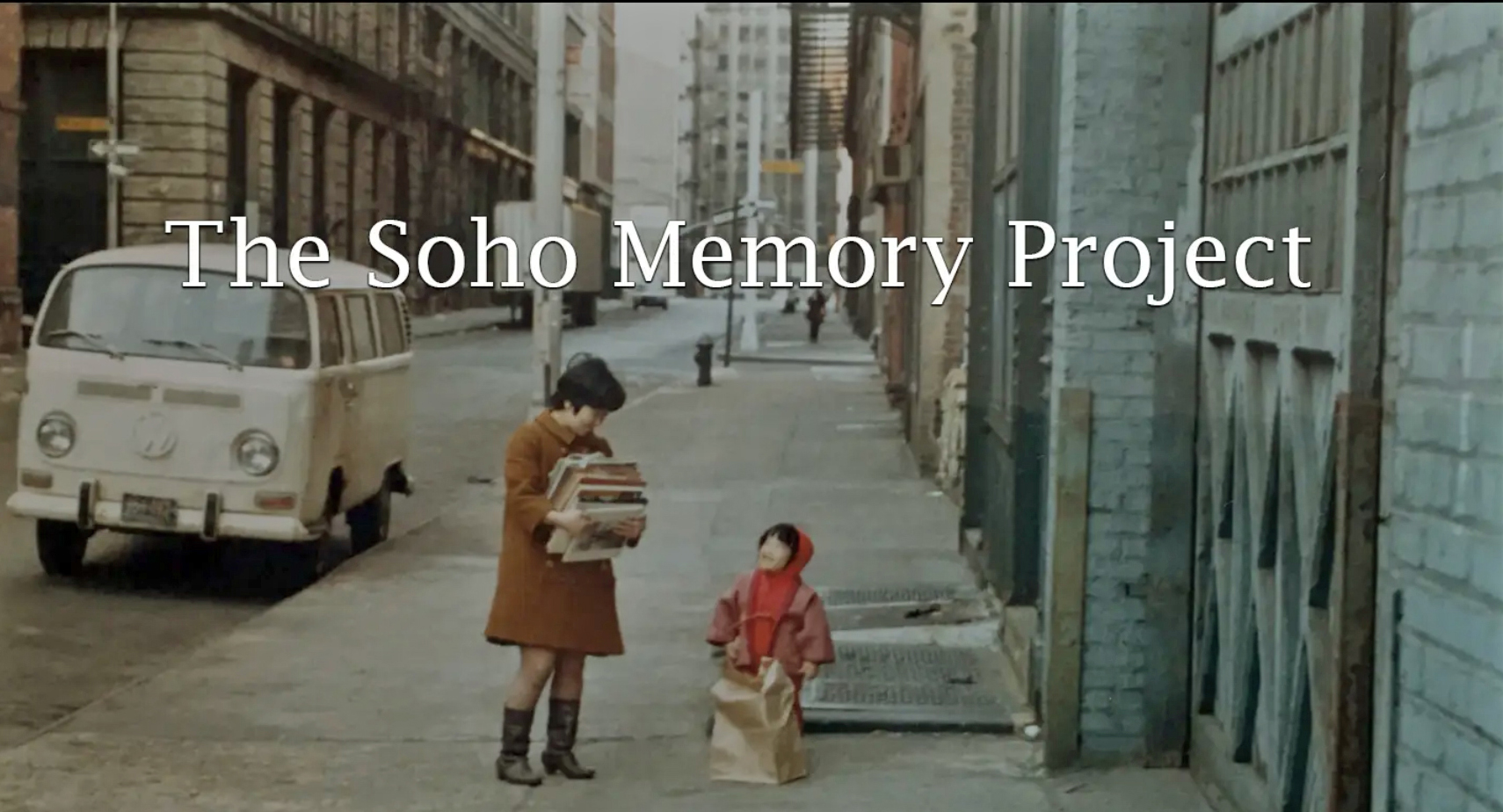 Last summer, Or Szyflingier, a very talented and ambitious CUNY student, asked me these questions, and she and her fellow students filmed me as I answered them. The result is The SoHo Memory Project, a documentary short film (14 minutes) that artfully and concisely captures the who, what, when, where, why, and how of SMP from its inception to its future, all the while telling the story of SoHo’s transformation from a declining manufacturing zone to an artist community to a retail hub. Or and her team did a wonderful job capturing the work that I do.

Synopsis from the filmmakers:

The SoHo Memory Project documentary is a story about the neighborhood of SoHo in New York City and its transformation from once warehouse artist district during the 1960s to now a commercialized upscale hub of fashion, retail, and food. Through footage, photos, and archival material from neighborhood residents, Soho native Yukie Ohta articulates the importance of archiving SoHo’s past to better reflect its future. The film is told through Ohta’s experiences growing up in Soho to starting a memory project that preserves the history of the neighborhood and acts as a model for other parts of the city experiencing gentrification.