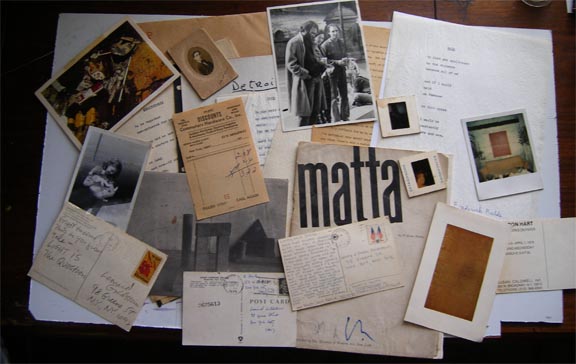 The following is the first post in the Summer Guest Post Series written by my childhood friend, Bethsheba.

Bethsheba Goldstein was born and raised in NYC. She lived in SoHo at 98 Greene Street from 1969 until the late 1970's. In her teens she began spending summers with relatives on the North Coast of Califonia. She fell in love with the magnificent Redwood trees and the Pacific Ocean and so decided to make it her home in 1992. She currently lives in Arcata, CA with her partner Steve, her teenage son Jeremiah, two cats and a dog.

A few years ago, I took a little trip back to Manhattan to see my old neighborhood. I was hoping it would bring back some memories from my early childhood. I sat across the street from our old building thinking about how different it looked and sensing how very different the place is now. A shiny plaque attached to the fascia of the building, stating that the building is now a historical landmark, caught my eye. Memories began to flood back.

When we lived there our loft seemed to have a constant flow of people visiting. The loft was a big, open space somewhere around 3,000 square feet.  98 Greene street was a quiet place back then populated mostly by artists like my father. On the 1st floor lived art students attending NYU.  The second floor was the original location of the Holly Solomon Gallery.  The late poet and writer Frederick Fields lived on the 3rd floor of the building.  He was a very nice man and he gave me a few of his poems, which he sealed in a manila envelope and I have just recently re-discovered and opened after almost 40 years.  The top floor was the loft of photographer James Collins, a good friend of my father.

It was sometime in 1970 that Holly Solomon moved in upstairs and opened her gallery.  She told me she moved to SoHo to document what was happening in the emerging art scene there.  She was very upper class and brought a whole new crowd of people to the building.  The rich and famous, like Jackie O and some bigwigs of the art world, started coming to SoHo to see the shows at her loft and openings at 112 Greene Street.  Holly Solomon was also a playwright and held performances in the building. She moved in just before Gordon Matta-Clark and his gallery partner Jeffery Lew opened 112 Greene Street.  112 was a free gallery space that was open 24 /7 and was just next door to us.  Anyone could hang or display work there.  I am not certain if Lew owned the building, or if he was coordinating all the happenings, but I remember that besides being a sculptor, he was very instrumental in getting people involved and active with the gallery as well as getting artists involved with the restaurant Food on Prince and Wooster Streets.

For a few years the actresses from various theatres would come and use the deluxe mirror my father built in our bathroom.  Taking photographs of any of the actresses was strictly prohibited because several of them were Andy Warhol’s superstars.  Back then, my father was dating Ruby Lynn Reyner.  At that time, she was the lead actress for John Vaccaro’s Play-House of the Ridiculous and one of Warhol's superstars.  She was also the lead singer of Ruby and the Rednecks, a very early punk-rock band that played at CBGB’s in the early 1970’s.  She came to the loft with Holly Woodlawn a few times to get ready for a performance, or they would be going to Max’s Kansas City for the evening.  Jackie Curtis was also a leading man at the Play-House of the Ridiculous and a frequent visitor to our loft.  He and my father were good friends for many years.  Jackie would stop by and talk about the scene at Max’s.  He was always saying he was going to bring the singer Patty Smith over to the loft.  I am pretty sure that never happened, but it’s the only thing I can remember him talking about.  He would say, “Patty Smith is going to make you famous!”   “How?” I would ask.  “She is going to write about all of us.”

Needless to say, I had no idea what “being famous" meant at age 5.  I just knew that all the adults around me were dressing up in costumes, singing and dancing, and having such fun. All I wanted was to meet Patty Smith!  Maybe someday that wish will come true?  All these very interesting characters left a very vivid impression in my memory.  There was a certain feeling of great excitement and a creative energy that permeated the building and the neighborhood.  It was like the French movie The King of Hearts, when all the lunatics are let out of the insane asylum and they take control of the town just after a nuclear disaster has occurred.  I do not think the artists and performers of SoHo were lunatics, more like the most brilliant and brave creative people I have known.  I consider my childhood to be a bit fantastical because of all the art I was exposed to at such a young age.

I once snapped a Polaroid shot of Viva Superstar in her red bathrobe smoking a cigarette sitting at our kitchen table.  I was just 4 or 5 at the time and I really wanted to shoot a photograph with my father’s new Polaroid camera.  I remember getting a good talking to for doing such a thing.  I had no concept of why it was such a bad thing to do at the time.  Sadly, the photo did not come out very well.  You can only see her mouth and chin, half of her face was missing from the glare of the light from the lamp above the table.  I remember that she liked the photograph but was not happy that I had taken it without permission.  I just wanted to take a photograph.

Andy Warhol was collecting items for his time capsules during this time. I remember my father took a photo of me at our kitchen table with his paintings in the background.  I have no idea if the photo ever made it into one of his famous time capsules boxes.  But I remember how excited my father was when taking the photographs and just being a part of the artistic community that was transforming the dark forgotten spaces that made up SoHo.  I have always loved the time capsule idea and after recently poring over several old boxes of items I re-discovered inadvertently, I realized that I have my own time capsule.  Mine is not made up of the Warhol “Superstars.”  I just have the one photo I snapped of Viva Superstar.  My time capsule items are parts and pieces of the working artists that we encountered and that made my childhood home such a magical and creative place to live. I feel I must share some of these treasures with you so that they are not left in a box without the appreciation I feel they deserve.