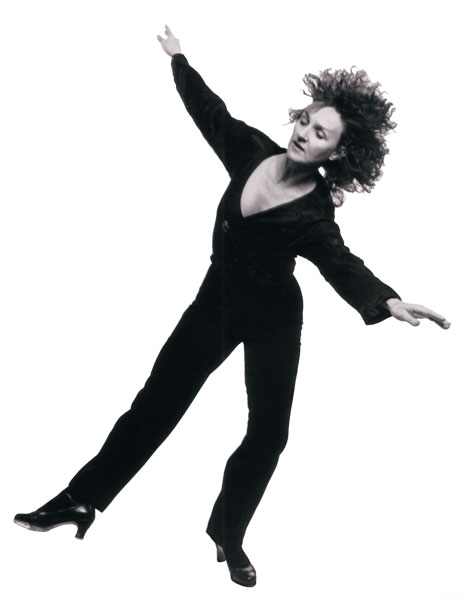 My mother has been taking tap dance lessons for 25 years (with two years off somewhere around year 15).  25 years!  It’s always been just a hobby, but, as you can see, mom's a woman who takes her hobbies very seriously.  She studies with Peggy Spina, who has been dancing, teaching, and performing for almost 40 years and has been headquartered at The Spina Loft on Prince Street for almost as long.  Peggy’s loft is old school.  You reach it via a rickety wooden staircase, and she still has a police lock on her door.  She also has those circular radiators that wrap around her support columns.  You don’t ever see that anymore.

Peggy moved to New York City in 1962 after graduating from UCLA to be where the “real dance” was.  She performed as a modern dancer for almost 20 years and studied with such luminaries as Martha Graham, Merce Cunningham, and Pearl Lang.  She had also studied tap dancing, but it was not taken seriously as an art form until it was brought back by a 1970’s production of No, No, Nanette.  By then, Peggy was a single mother of two girls balancing a dance career and motherhood.  She was the dance teacher at The New School’s division of continuing education back when continuing ed was a new concept, teaching all forms of dance including a beginning tap dance class.  She had a coterie of students who wanted more advanced instruction that was not in the New School’s curriculum, so Peggy began teaching out of her Prince Street loft.  And the rest is history.

Peggy studied tap with all the “old guys” who came out of retirement after the tap revival.  Baby Laurence.  Honi Coles.  Buster Brown.  She started The Peggy Spina Tap Company in 1981, a student company that slowly grew into a professional ensemble.  Peggy could have kept it solo, like Gregory Hines and Savion Glover, but, in her words, “who wants to go to a party and be the only person there?”

As time wore on, so did Peggy’s hips.  Performing became difficult and, in 1996, after Peggy became a certified acupuncturist, she planned to retire.  But once a dancer, always a dancer.  She found it difficult to give up dancing, and her students could not bear to see her go.  In 2011, Peggy, with two new hips and an acupuncture practice, is still teaching, choreographing, and even performing now and again.

An invitation to a tap party at The Spina Loft

Each year on the first Saturday in May, all of Peggy’s students perform at the annual tap party in The Spina Loft.  This year was the 32nd annual performance, my mother’s 25th.  I can’t say that I’ve been to them all, but I’ve been to my fair share, and they are always loads of fun.  Peggy is the emcee and the “DJ.”  For years, she used a reel to reel to play music and the audience was made to wait as she cued it up, and it always sounded crackly and muffled.  I think she’s since upgraded her HiFi system.  Peggy used to have a white cat named Easter who was deaf, and when the tap performance began, the cat would come out and wander around the tap dancers, attracted by the vibration of their feet hitting the wood floor.  After the performance, there was a pot luck dinner with all sorts of homemade goodies, including my mother's now famous inari sushi.  I remember as a teenager impatiently waiting for the performance to end so that we could eat!

Next May will be the 33rd annual performance.  Perhaps the final one for my mom, as she plans to spend more time abroad.  I’ve got to make sure I don’t miss this one.  Could it be?  One last time step, one last shim sham, one last piece of sushi before she hangs up her tap shoes for good.

Peggy Spina from the MASTERS OF AMERICAN TAP series