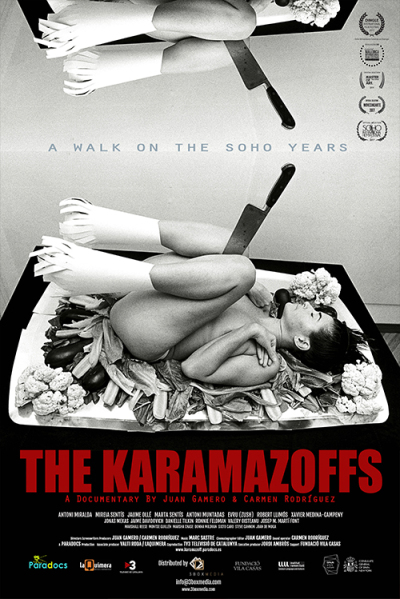 THE KARAMAZOFFS: A Walk on the SoHo Years A documentary film

SCREENING FOLLOWED BY Q & A WITH FILMMAKER & CAST IN ATTENDANCE

Synopsis:  In the 1960s, the abandoned factories of New York’s SoHo were occupied by artists from around the world, transforming this neighbourhood in the heartland of art experimentation, with the boom of open studios, conceptual art, happenings, performances and video art.  The Karamazoffs is a group of recognized artists from Barcelona (Muntadas, Miralda, Zush and Robert Llimós, among others) who started their careers in New York in the early 70s and forged a long friendship that still exists today. Together with other pioneers from that era, like Jonas Mekas and Jaime Davidovich, they recall the origins and the rise and fall of one of the most colourful periods in contemporary art. With the help of exceptional vintage footage featuring Charlotte Moorman, Yoko Ono, Nam June Paik, Fluxus, Lou Reed and the Velvet Underground, Andy Warhol, Mekas, Davidovich, SoHo cable TV, George Maciunas, Laurie Anderson and The Karamazoffs.