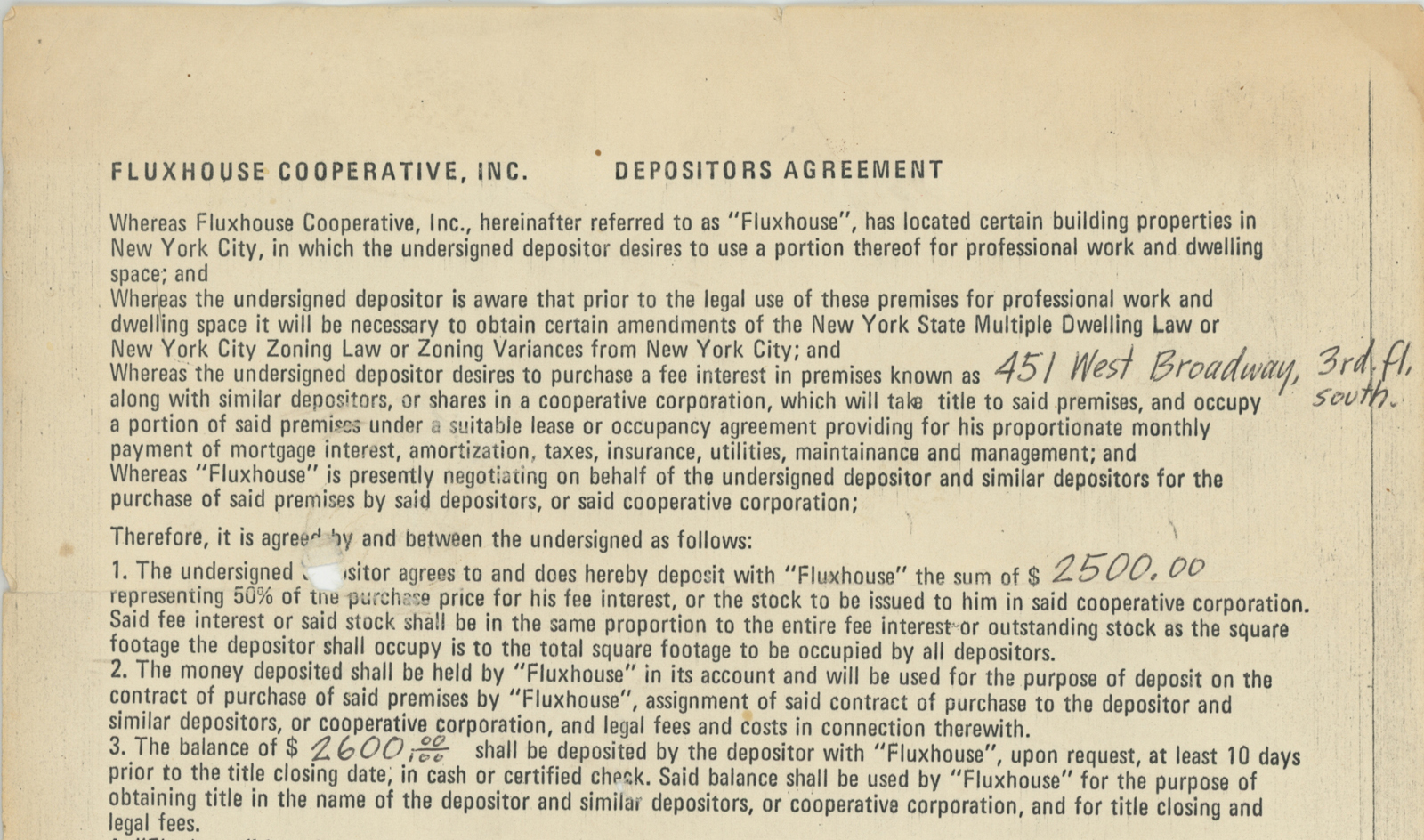 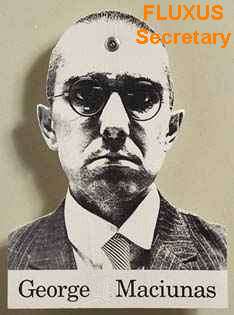 It is worth noting that, in the past six years that I have been writing about the history of SoHo, I have not included a profile of George Maciunas, often called “the father of SoHo.” Perhaps I felt that, not having known him personally when so many others still in SoHo today had, I was not worthy of the task. Perhaps I felt I could not do such a larger than life figure justice.

In this post, I will attempt to outline Macuinas’ contribution to the development of artists SoHo and loft living, with only glancing references to his contribution to the art world, most notably his role in the Fluxus movement of the late-1960s. For more on this I refer you to the many works that cover this subject, including the excellent Illegal Living by Shael Shapiro and Roslyn Bernstein.

Born in Lithuania, George Maciunas’ family emigrated to the US in 1948. He studied art in New York and Pittsburgh. After a short stint working in Germany, Maciunas established the official Fluxus Headquarters at 359 Canal Street.

Fluxus was a loosely organized group of artists that spanned the globe, but had an especially strong presence in New York City. George Maciunas is historically considered the primary founder and organizer of the movement, who described Fluxus as, "a fusion of Spike Jones, gags, games, Vaudeville, Cage and Duchamp." Like the Futurists and Dadaists before them, Fluxus artists did not agree with the authority of museums to determine the value of art, nor did they believe that one must be educated to view and understand a piece of art. Fluxus not only wanted art to be available to the masses, they also wanted everyone to produce art all the time. It is often difficult to define Fluxus, as many Fluxus artists claim that the act of defining the movement is, in fact, too limiting and reductive.

A few years after returning to New York, Maciunas would begin to leave his indelible mark on the neighborhood that is now called SoHo, earning him the title “The Father of SoHo.” It was then that he began purchasing loft buildings from closing manufacturing companies to develop as Fluxhouse Cooperatives, buildings with live-work spaces for artists.

In his manifesto titled "A Fluxhouse Plan for an Artist Condominium in New York City" he wrote:

While it has been recognized for some time that New York City is one of the leading art centers of the world, with probably the largest artists population, it is considerably less well known that the city suffers from a severe shortage of economical working space for artists. In part this shortage is due to the moderate means of the average professional artists and the artists’ special space requirements….

But the scarcity of economical working space is part of the general problem arising from urban obsolescence and decay. Large areas of the central city, zoned for commercial and light manufacturing use, were constructed some time ago…

And the process of obsolescence and decay here continue without obstruction. Nevertheless there are many buildings in such areas that are architecturally sound and potentially valuable if considered from the point of view of radically altered use.

(excerpt as quoted in Illegal Living)

Fluxhouse II, the first of many Maciunas Coops at 80 Wooster Street, ca. 1945 (photo: Office for Metropolitan History via The City Review)

With this manifesto, George Maciunas went on to fulfill its mission, albeit in unusual and unconventional ways, by cooping 16 loft buildings over 10 years. Ignoring New York State real estate laws, Maciunas sold loft units to artists in this M1-5 zoning district that allowed for commercial and manufacturing uses but absolutely no residential use. He also failed to file offering plans before offering the units for sale. This led to inquiries by the State Attorney General’s office. Maciunas then began wearing various disguises and went out only at night. He also had his friends send postcards from around the world to make officials think  he was abroad, and he even installed a guillotine blade on his front door to avoid “unwanted visitors.”

During this period, hundreds of artists contacted Maciunas about purchasing lofts, knowing full well that it was illegal and there was a good chance that the would loose any investment made if caught by city officials. No bank was willing to loan money for the illegal Fluxhouses, so artists used their life savings and borrowed from friends to make the down payment. This is how desperate artists were for live-work spaces. Until then, most artists lived in small apartments and rented a separate studio space, which was very expensive and not sustainable in New York. Maciunas offered an alternate possibility where they would be able to stay in New York AND continue to make art.

George Maciunas, a consummate control freak by reputation, managed all of the aspects of the cooping process from finding the buildings, to selling the units, to renovating them. He was not, however, doing this for profit, as he always only broke even or even lost part of his investments in these conversions that he offered at impossibly low prices. Maciunas was able to work on a shoestring by sometimes cutting corners, often hiring artists to do much of the contracting work.

The Maciunas and Hutching wedding, where the bride and groom both wore wedding gowns (Photo : Babette Mangolt)

In one 1975 instance, where he supposedly shortchanged an electrician for subpar work,  Maciunas was severely beaten and barely escaped with his life. After this, the already sickly Maciunas’ health declined. In 1976, Maciunas left New York to begin creating a Fluxus art center in New Marlborough , MA. In 1978, he was diagnosed with pancreatic cancer and died in July of that year, shortly after marrying Billie Hutching in a Fluxus wedding in New York City. The wedding, as described in the book Illegal Living, was “the Fluxus event of the era.”

George Maciunas is remembered by SoHo pioneers and aficionados of the Fluxus movement, but unknown to many in the general public, even to resdidents who currently live in SoHo lofts. He is worth remembering, however, not only for the loft coops he created that set the trend of adaptive reuse of buildings worldwide, but also for his idealism, his can-do attitude, and his democratic ideals, qualities that embody the SoHo spirit of the early days. Maciunas lived a multi-faceted and complicated life. Artists SoHo was only one of his many creations of this oft unsung hero, but perhaps the one that will be his most enduring.

Warhol and Maciunas, a film by Jonas Mekas includes footage of Maciunas' 1971 Dumpling Dinner at 80 Wooster Street and shots of Fluxus happenings on street level.