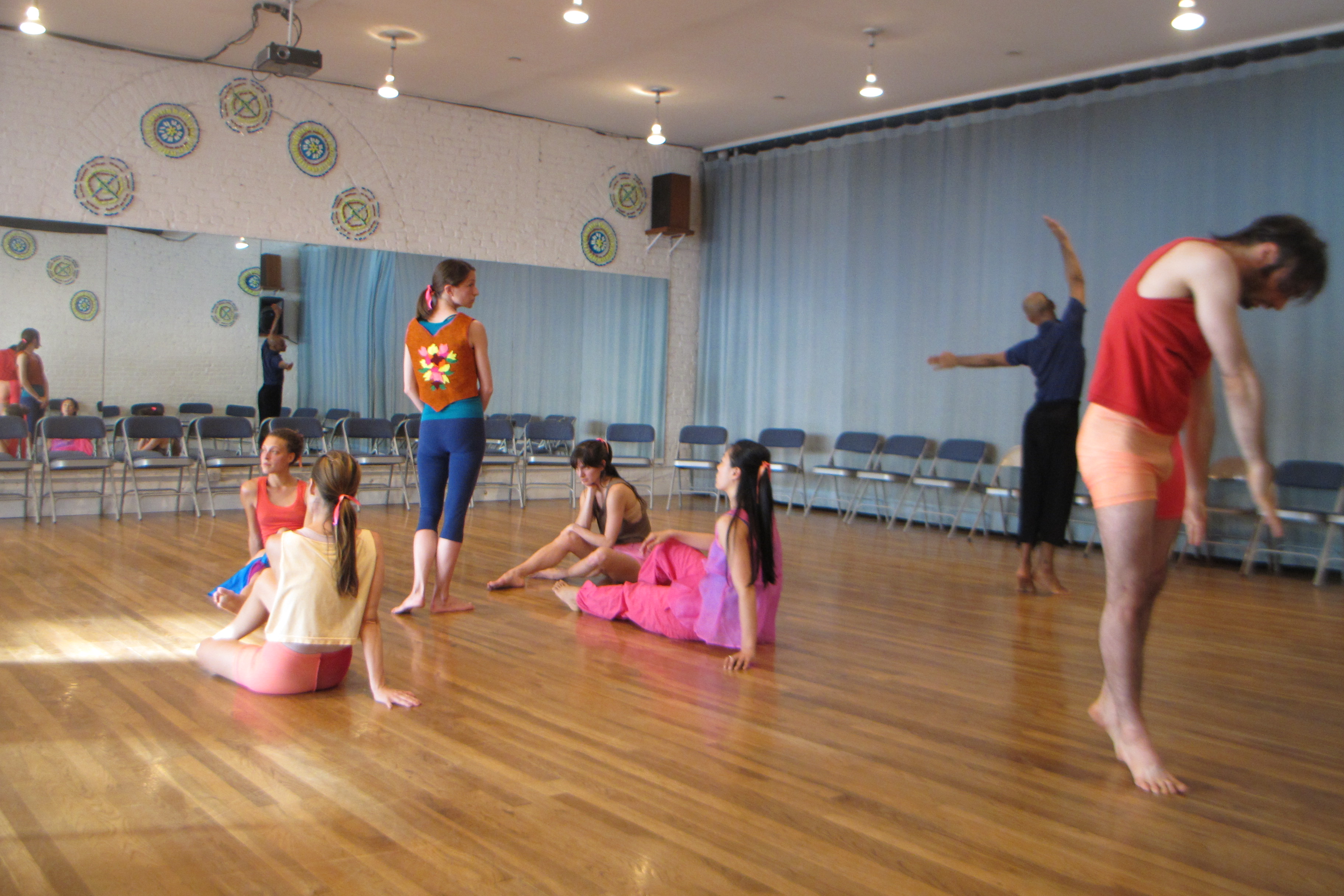 Douglas Dunn and the Lofts of SoHo

Douglas Dunn, choreographer, dancer and long-time resident of SoHo, recently shared with me a letter he wrote to Wendy Perron, also a choreographer and dancer, who is currently working on a book about Grand Union. Grand Union, in Perron's words, was "a pivotal improvisation group that was unforgettable for downtown dancers in the 1970s."

In his letter, Dunn shares memories of moving to and around SoHo, from apartment to loft to larger loft. His story captures SoHo's evolving real estate landscape at the time, and also reads as a who's who in modern dance. A fascinating story with beautiful photographs!

During 1964/5, the year after graduating from Princeton, I lived on West 110th St., had a full time Welfare Job, studied Ballet at the Joffrey School, and attended New School night classes on the Psychology of Art with Rudolf Arnheim. It was too much, so….

In the summer of 1965, I married and took a job teaching Spanish at The Gunnery School in Washington, Connecticut. I enjoyed the subject, but not the difficulty of having to motivate the students. After three years, in the spring of 1968, my wife (Ann Hentz), young son (Ethan Dunn) and I left that idyllic and isolating environment, and took up residence at 247 Elizabeth Street, between Houston and Prince, a 5th floor walkup. Little Italy was still Little Italy. Raw. The rent was in the low $200s. The one-bedroom apartment had been found by Steve (Shaw) and Bill (Bakaitis), two longtime friends who resided in tiny railroad apartments on East 9th Street near Avenue A, also raw, paying $37/month. By the fall, my wife and son, Ann and Ethan, went to live with her parents in South Bend, Indiana. Within a year, Sara (Rudner) moved in with me. She was full time with Twyla (Tharp), I with Merce (Cunningham).

In 1972, a friend of Sara’s, the painter Ben Schonzeit, let us know that the third floor at 508 Broadway, between Prince and Spring, had become available. We didn’t need a studio of our own, but I had a dream. The back wall of the loft was gone. Instead of buildings, there was the African Savanna, teeming with animals. Coming to understand, thus, that my dancing and my natural self were one, that I would be a dance artist for the rest of my life, I insisted that we move. In 1973, Sara left, taking a loft way west on Canal Street.

508 Broadway was owned by an aged couple who had run the ground floor as a dry goods store. Now living on our residential rent, they came in weekdays from Brooklyn and played cards in dim light. They were friendly. They charged $200/mo for each of the four floors above the store. After a few years, suddenly and without notice, the rent went way up. Unbeknownst to us, the building had been sold to Calvin Pearl, a Soho speculator. With his mother’s inheritance, he bragged, he had bought fifteen buildings, with the aim of flipping them and moving to Florida. We four tenants went to his office on Mulberry Street and begged him to sell to us. After a year, he did so, clearing $100,000.00. We each paid $49,000.00.

Off and on when Lucinda (Childs) was on tour, I rented her space at 541 (Broadway) in order to have a larger studio. We even performed Lazy Madge there for two weeks in the late ‘70s. (508 is twenty-two feet wide, 541 thirty-five.)  So I was familiar with the building. There had been a few Grand Union rehearsals in Trisha’s space earlier in the decade, and I had danced for her and with David (Gordon). Trisha (Brown), Lucinda and David had all moved to 541 in the early ‘70s, on the fifth, fourth and second floors respectively.

On the third floor was a couple, the husband a concert pianist. I knew them slightly from my sojourns at Lucinda’s. Somehow, not from anyone in the building, I heard that they were selling. We spoke, arriving at a verbal agreement at $35,000.00. The next day, at their door with the cash down payment in hand, I was apprised that they had changed their minds and that the deal was off. I heard later that that morning at a building meeting there was talk of selling a vacant space on the Mercer side, and that an attorney present had recommended a price of $75,000.00. I had told the owners that I would be interested if later they decided to sell, but next thing I knew they had sold to a French couple, for how much I never heard.

Two or three years went by. Mimi Johnson, whom I knew from Cunningham days and from Artservices, let me know that the French couple were selling. After considerable negotiation, and some resistance from my dance colleagues in the building, I bought in at $350,000.00. 1982.

As for 112 Greene Street, yes, several nights each week folks would gather there to eat, drink, smoke and dance. Another spot, every Thursday was Open House at Robert Wilson’s loft on Spring Street. Dancing to music was the thing, to Cat Stevens especially. When Andy DeGroat would appear, others would clear the space to watch him. And Robert himself would emerge late, dancing virtuosically on the edges of his Earth Shoes.

If you have more questions, while I still have memory…

listen to Douglas Dunn's oral history interview for The New York Public Library read "Shall We Dance?" about 537-541 Broadway