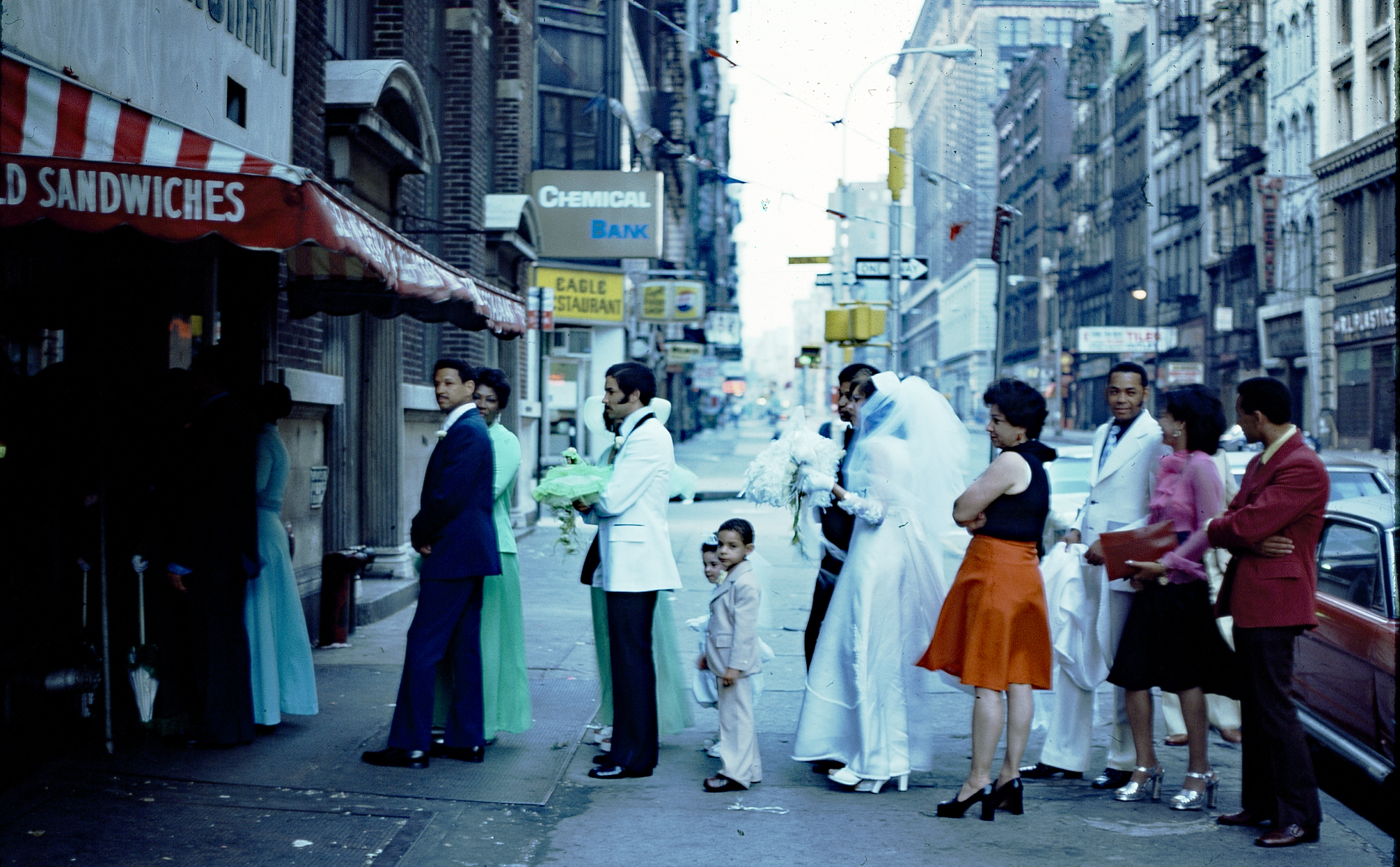 This was the view from my window growing up. I stared at this storefront for endless hours, bored out of my mind as an under-programmed child. This photo, taken by Robert Weinreb in 1970, is one of hundreds that he has generously donated to the SoHo Memory Project Archive. Weinreb’s photos capture not just SoHo buildings, but also everyday life, local businesses, streetscapes, art, and artists.

This particular image is part of the series of photographs he took for the SoHo Artists Association when they were lobbying for SoHo to be designated a Historic District by the Landmarks Preservation Commission. Thanks to this designation, SoHo’s building’s still stand, largely unaltered, since then.

Weinreb went about the monumental task of photographing every building within the district methodically, setting a daily schedule for himself. He knocked on doors, asking people if he could get into their loft or factory in order to photograph the building across the street. He had to shoot the buildings head on, otherwise they would become distorted by perspective, and not be acceptable to Landmarks.

“Some artists said no because if you legalized lofts, then rents would go up. Others were afraid that they would show that they were living in their loft, and thus the building department could come in, fine them,  give the building a violation, and thus they would be evicted. Some factories were very suspicious that I would  rob them or steal their trade secrets," Weinreb told me. "But generally I got in. It was a more innocent time.”

Robert Weinreb is many things. He is the only person I’ve met from SoHo who was at once an artist AND a factory owner. He spent his early years as a City Planner and avid kayaker. He found his way to SoHo in 1970 partly because he needed space to store his kayaks. By then he had begun working as a photographer (hence his self assignment to photograph buildings for the SAA), and when he couldn’t find the camera bag he wanted, he made one himself by renting a sewing machine from across the street. This was the beginning of Tenba, his camera bag company, that expanded production over the years into a SoHo factory. The company still exists today, though not in SoHo and no longer owned by Weinreb.

Weinreb has spent the past 50+ years photographing his environs and the world, most significantly the Himalayas, documenting changes in the region over a 30-year period. The following is a sampling of Weinreb’s SoHo photos, taken in the early 1970s. They capture the moment in time when SoHo’s buildings housed a mix of artist studios and factories and the streets were both gritty and glorious.