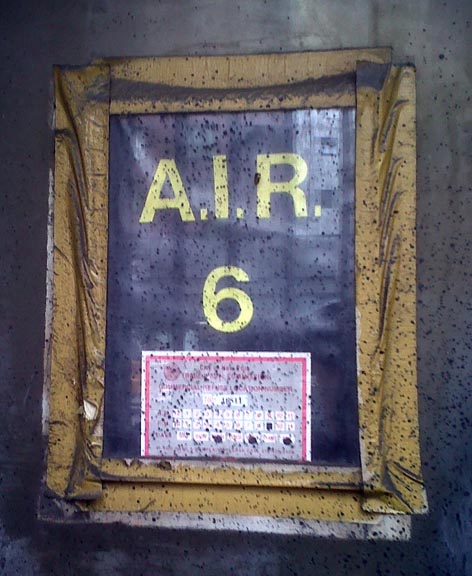 From Rags to Riches

By the time my parents had arrived in the US in the mid-1960's, aside from die and mold manufaturing, SoHo was dominated by the rag trade.  Businesses would collect fabric scraps, separate them by type of fiber, and send them out to be recycled.  But then along came synthetic fabrics such as nylon and Dacron, which cannot easily be reused, and the rag business died out, leaving landlords with empty lofts that were too small (about 2500 square feet) to be used for manufacturing.  Many lofts remained empty for quite a while until artists, desperate for studio space, began moving in.  The catch was that the neighborhood was an "M" Zone, permitting light manufacturing and commercial use, but not residential use.  The artists, almost all of whom also lived in their work spaces, were there illegally.  For a while, no one seemed to notice or care, the city pretty much looked the other way, but when non-artists looking for investment opportunities began noticing the profit potential of such spaces, artists, who, until then, chose to remain anonymous and hidden, came together to form the SoHo Tenants' Association and  incorporated as The SoHo Artists Association in order to to help legalize loft dwellings and fight to keep SoHo an affordable place for artists to work.

Since artists were living here in violation of the zoning, and theoretically depriving manufacturers of cheaper manufacturing space, thus depriving the city (and unskilled workers) of manufacturing jobs and a manufacturing-based economy, many manufacturers and law-and-order types at the Buildings Dept, sought an enforcement of the laws that prohibited living in an M zone.  However, they could not stop the influx of folk wanting to live here, even illegally, despite the harassments and fines and eviction threats.  So, the SoHo Artists Association, the forerunner of the Alliance, was formed in 1968 to reach a compromise and to get artist-living here legalized. The construct or the conceit used to justify their living here was that artists do manufacture — they manufacture art!    So, the only ones who could live in SoHo/NoHo were manufacturers of art, i.e., artists basically, although musicians could live here if they composed (manufactured) music, but could not live here if they solely used it as a rehearsal space. Same with dancers.  Choreographing enabled you live in your loft. You manufactured dance. Using it just for dance practice did not. Now, who was an artist and who was a bullshit artist? That was to be determined by the NYC Department of Cultural Affairs, who were pretty arbitrary in their criteria, leading to much frustration.  Further, there was a general amnesty in 1987 to those non-artists living here prior to that year. But, again, no one enforced the JLWQA (Joint Live/Work Quarters for Artists) requirement, so more "illegals" continued to come into SoHo in the 80s and 90s and today.

This is just a primer for a long and complicated history of zoning laws, power struggles, and "gentrification" that spanned the second half of the twentieth century.  The evolution of SoHo set a precedent for how other neighborhoods and cities would approach adaptive reuse of non-residential urban areas.  Community-building is an ongoing, open-ended struggle.  Many of those who arrived here in "rags" were forced out of the neighborhood, by either necessity or choice, before they could enjoy any "riches" that resulted from their valiant efforts. Although SoHo has changed almost unrecognizably over the past decades, I nonetheless feel lucky to still be here and salute those who came before me.

P.S.  The SoHo Alliance is staffed entirely by volunteers, but, like all non-profits, it has expenses to meet: lawyers, consultants, computer maintenance, office charges, etc.  Please visit their website to find out more and to donate funds to help keep SoHo the neighborhood you want it to be.