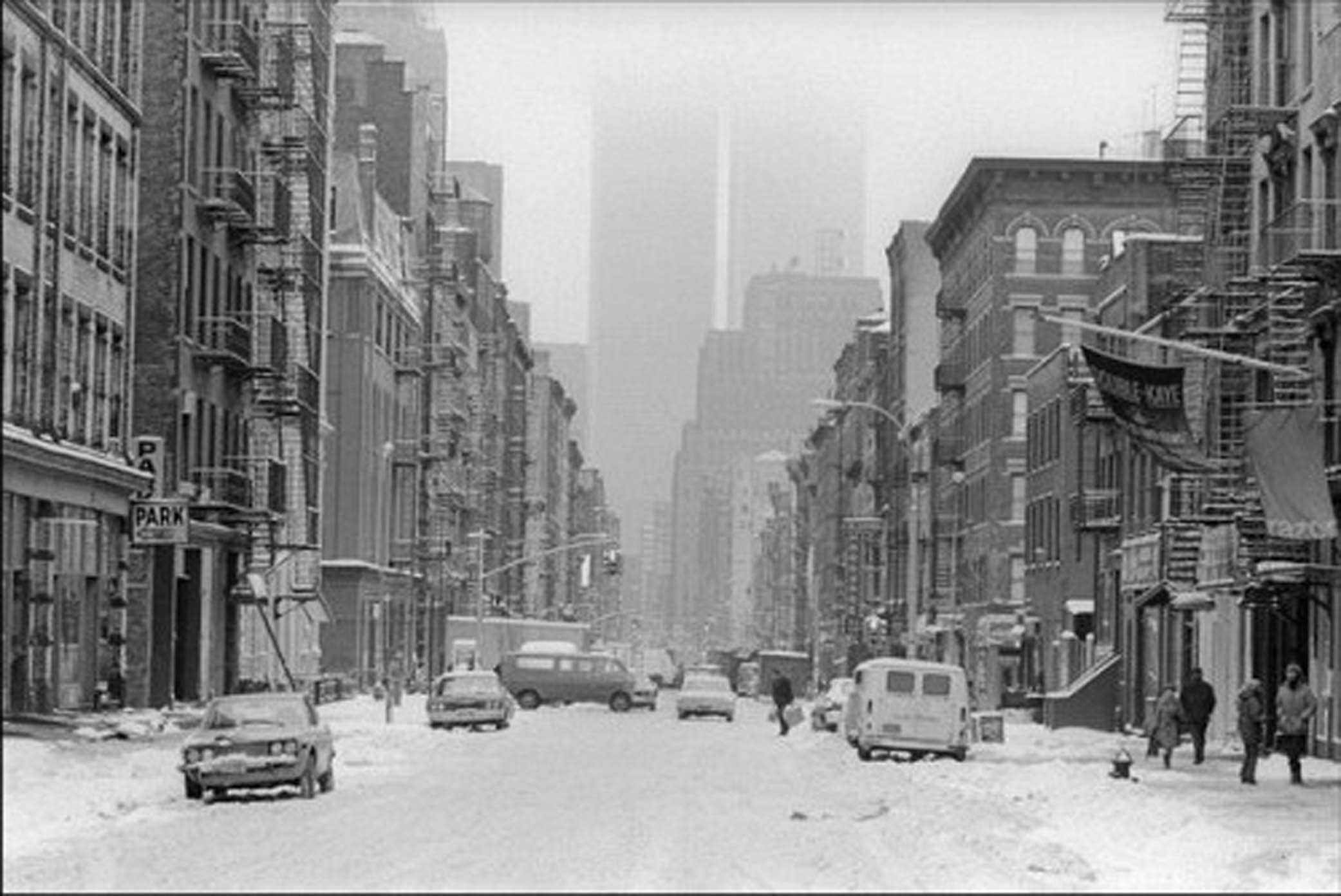 From Bobo to Boho: The Business Establishments of West Broadway

In an effort to include a spectrum of voices with a spectrum of approaches to SoHo memory, I would like to introduce you to the very interesting work of M. Lynch, who traced the evolution of SoHo by studying the businesses along West Broadway through the decades between the 1960’s through the 1990’s:

West Broadway is the illustrative case-in-point for the evolution of SoHo. Successive businesses along the same commercial corridor trace the ever-changing history of the neighborhood. Over the five blocks in SoHo there was a constant movement of businesses in and out of the buildings along West Broadway. In the sixties new enterprises were still industrial and commercial concerns, just different companies. From the 1970s onward the new types of businesses along West Broadway – galleries, restaurants, clothing boutiques and retail outlets – represented a shift in the orientation of SoHo from an industrial backwater into a hip and increasingly affluent residential community. (page 3)

The following is an excerpt from her thesis.

SOHO – FROM BOHO TO BOBO: THE BUSINESS ESTABLISHMENTS OF WEST BROADWAY

SoHo experienced a complete metamorphosis from the 1960s through the end of the 20th century. In its bohemian era of the 1960s-1970s, the neighborhood was home to artists and other early settlers that converted industrial lofts into studios and living spaces. In the 1980s SoHo became an increasingly wealthy residential neighborhood. More affluent professionals whose role in the art world was limited to spectator replaced the initial low-income residents engaged in the creation of art. The transition from Boho [bohemian] to Bobo [bourgeois-bohemian] happened in less than twenty years. During the same period SoHo’s former downscale industrial and commercial enterprises gave way to upscale business establishments and residential lofts. Only the cast iron buildings survived the successive phases of SoHo’s development.

The businesses along West Broadway illustrate the marked change in the general character of the neighborhood. Table 10 [see below] displays the map of the businesses along West Broadway in 1965 and 2000. The map on the left (1965) is almost completely gray (industrial, commercial and automotive) with just a few delis, diners and restaurants, and one church. On the right, the map is brightly colored, with only four buildings continuing to house any of the kinds of businesses that were prevalent on the street thirty-five years before. By 2000, West Broadway is crowded with expensive restaurants, high-end retail stores, designer clothing boutiques, a major hotel, and some remaining contemporary art galleries.

The transformation of SoHo from declining industrial district to prosperous neighborhood can be viewed as the success story of an area that barely evaded urban renewal and managed to preserve its characteristic and historic architecture. The early rehabilitation of the area was a grassroots effort of urban pioneers who organized and cooperated with political and advocacy groups to subvert the development plans of major civic organizations and business interests. The neighborhood was not bulldozed to make way for high-rise housing or an Expressway, and the cast iron structures have been preserved. The streets and buildings are no longer dingy and deserted, but vibrant with people and thriving businesses. SoHo is known globally through design magazines and movies as a district of fashion and sophistication with enviable living spaces and chic retailers. For residents that arrived in recent years and tourists to the area the continual upgrading has been seen as constant improvement.

But others, particularly the pioneering residents, have seen the same transfiguration as a disappointment or betrayal of the neighborhood and residents. The early settlers felt an attachment and ownership of the neighborhood based on the “ . . . hardships encountered and the sweat labor expended in converting raw loft spaces into usable places in which to live and work imbued these spaces with special significance for their occupants.” (89) In their view the unplanned transition from industrial district to bohemian arts enclave was a natural evolution. But the subsequent gentrification was neither their expectation nor intention when they first moved to SoHo. Not only had artists settled the area, but the city had specifically designated the area for artists when they legalized loft living in 1971, and yet there remained fewer and fewer working artists as time moved on. To early residents, SoHo typifies city neighborhoods that have been "upscaled, redeveloped and homogenized to the point of losing their distinctive identity.”(90) Outsiders may dismiss their complaints as simply nostalgia for “the old neighborhood” and its days as urban art colony. But to long-time residents, the mallification of SoHo and the departure of artists and galleries has culminated in a faux- art district, not an authentic neighborhood. The grit and grime of SoHo’s early days are gone, but the price of its rejuvenation has been the loss of its identity as New York’s first and foremost arts community.

M. Lynch is a Manhattan transplant from the Left Coast. After college, she arrived in 1980 and settled in the Village just over the border from Soho. Her interest in contemporary art and friends in the area led her to frequent SoHo's streets, bars, restaurants and galleries over the ensuing decades.

To view the full text of this paper, click here.