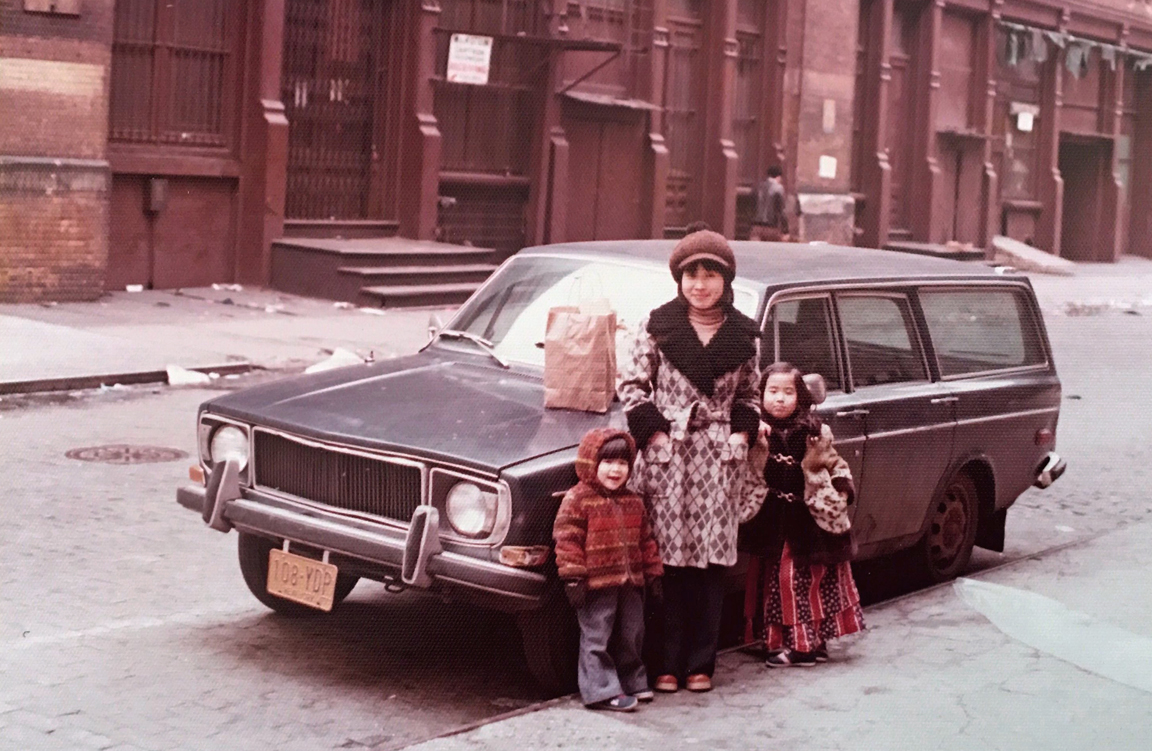 Today marks ten years to the day that I founded SoHo Memory Project on January 1, 2011. Many of you have been with me since day one and many, many others joined us along the way. What began as a blog that I thought only my mom would read has turned into a nonprofit organization with an archive that will soon be acquired by New York Historical Society Library. Together we built our collective memory of SoHo, past and present, grit and glory, from scratch.

The SoHo Memory Project is a new blog about the history of SoHo in the late-1960's through the early-1980's.  The blog's focus is not on the art scene of that era, as there has been much written on this subject already, but on SoHo as a community, a neighborhood made up of a wide variety of people, families, businesses, community groups, and, only incidentally, all manner of creative activity.

Ultimately, it will be a record of our lost community comprised of myriad memories and experiences. SoHo has changed tremendously since I was a child, for better and for worse.  … I am not interested in talking about how great things were "back in the day" vs. how not-so-great they are today and how nice it would be if we could go back to the way things were.  What I would like to do is celebrate a very special place at a very special moment in time.

I think we’ve accomplished this goal and then some, and I am forever grateful to everyone who shared their stories with me, in writing, photography, film, audio, and art.

Along the way, we attracted quite a bit of media attention, including a game-changing article in 2015 by SoHo’s own Kyle Spencer in The New York Times.

That same year, we launched a mobile museum, thanks to a very successful Kickstarter campaign and a residency with the SoHo Arts Network that included visits to Judd Foundation, The Drawing Center, and the Center for Italian Modern Art , among other downtown arts organizations.

We also partnered with StoryCorps and the New York Public Library to collect oral histories and hosted students from around the region, including Princeton, NYU, Parsons, and Sotheby’s.

Another major turning point came in 2018 when we unveiled our reimagined website as a new digital model for preserving neighborhood history by cross referencing stories with people, places, and archival documents. Since then, we were featured in two documentary films that introduced SoHo Memory Project to a new, broader audience.

I believe the next ten years of SoHo Memory Project will look very different from the last. You may not see me as much, but I will be here, finding ever more ways to tell our stories and to capture our ephemeral memories before they disappear. I will continue to post stories and share photos and memories from the community. I also see things taking an inward turn: fewer programs and events, and more writing, research, digitizing, and collecting for the archives. This is imperative as SoHo enters the post-pandemic 2020s, a decade that promises to be a time of accelerated change.

There is much to be done before I hand over this archival collection to New-York Historical Society Library, where it will be preserved and made accessible to researchers. There are also costs associated with keeping SMP online. Please consider a donation to support this work by clicking here.

Thank you all for a monumental decade of SoHo Memory Project! I am so very grateful for your past generosity and I look forward to another ten years of collaboration.

I leave you now with a look back at my top ten favorite posts from the past decade, one from each year. Enjoy!

A live/work loft is never finished, it is ever-evolving to suit one's needs.

Taking our lead, neighborhoods around the country create artist-led gentrification.

Archivism as Activism: The Preservation of SoHo

Archival collecting is an active pursuit.

You Are What You Eat…Or is it Wear?

September 5, 2015
Enclothed cognition is alive and well in SoHo.

Everyone remembers renting a Zelf sander.

Memories of a singular childhood.